Happy New Year to you all!

It's been several years since I've blogged and I've wanted to get back into it for some time, so here I am, taking my first shot at getting back into the swing of things. In the past, I've tried to do a "photo of the day", but that was super challenging as it's not easy to always get out with the camera. Especially during the winter months when the days are so short. So, this year I would like to try things a little different and use photos I may have already taken.

In my first post of the year, I've decided to go with an image of a "short-eared owl" since they are currently in season in the Northeast, although, they haven't been all that cooperative this season.

The short-eared owl is a bird that resides and nest in the Arctic Tundra during Spring, Summer and early fall. In the late fall, they being their journey south for the winter. Short-eared owls have the ability to travel very long distances and across large oceans and can be found in many areas of the Northern United States in winter. Thankfully, I have the pleasure to photograph them right here in New York state. They are a ground raptor and they often hunt very low to the ground at dawn and dusk for rodents such as: lemmings, mice, moles, and voles. Sometimes they will even go for larger prey such as: rabbits, gophers, and muskrats.

Here is a photo I took of a short-eared owl in the Hudson Valley region on December 21, 2022. It was a beautiful, sunny day in New York and I met up with my friend, Amanda. We arrived on location early and lucked out with the opportunity to get a blind. We sat inside of it for several hours waiting and hoping the owls would fly early and they did. It was roughly 2:45 in the afternoon when they rose and we enjoyed a total of five short-eared owls flying throughout the refuge. Most importantly though, we had one owl that very generously put on a show for us. It flew up and down the field and gave many people an opportunity for photographs and when it flew past us, it came in relatively close. This owl gave many opportunities for us to get some great shots. As always though, it isn't as close as it appears in the photo. Between using a telephoto lens and cropping the image, I have the ability to make it look like the owl was so close.

Wishing you all a Happy and Healthy New Year! Be sure to follow my blog, like it, comment on it, etc. I do love to hear back from my followers! 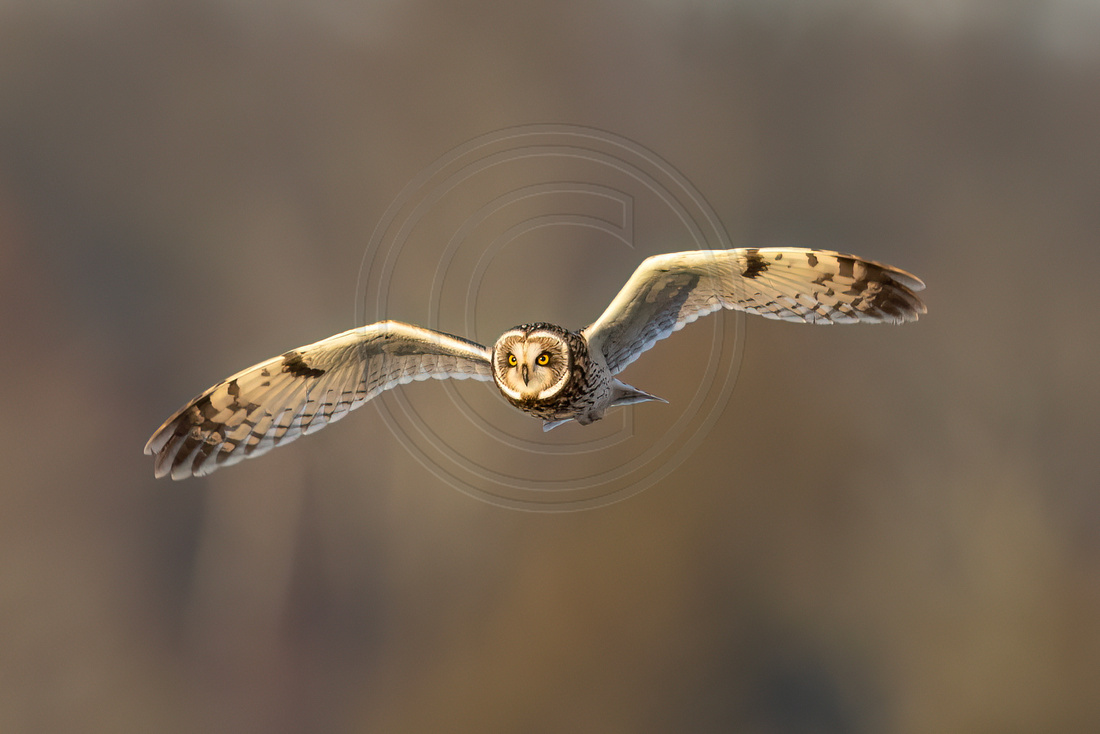 short-eared owlThis is a photo of a short-eared owl, taken at the Shawangunk Grasslands in the Hudson Valley by Debbie Quick from Debs Creative Images.