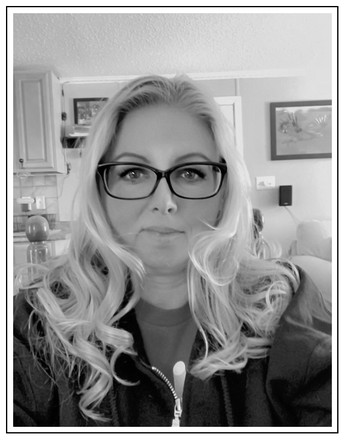 Debbie Quick was born in New Jersey and has moved around a lot in life. However, a majority of her life has been spent in New York.

At 18 Debbie joined the United States Navy and was stationed onboard the USS LaSalle in Gaeta, Italy. She spent almost four years on the ship and was honorably discharged as a Gunnersmate 3rd class petty officer. The USS LaSalle was an amphibious ship, but since it held the Sixth Fleet Staff onboard, it performed staff and communication operations. While onboard the LaSalle, Debbie had the opportunity to travel all over Europe and Northern Africa. The ship brought Debbie to roughly 20 different countries, hitting several parts of some of the countries. Most ports were enjoyed roughly four times over the four years Debbie was onboard as the ship generally when to the same ports every year.

While Debbie was stationed in Italy, she had the opportunity to rent a couple of different apartments which was nice to have while the ship was in port. During Debbie's last year in Italy, she adopted a puppy she called, Jasmine, from a friend whose dog had puppies. Debbie fell in love with Jasmine the day she was born and enjoyed her company for 15 1/2 years.

After Debbie's experience in the Navy, she attended school at Dutchess Community College and earned an A.A.S. Degree in Office Technogologies. She began working at IBM as an Administrative Assistant and worked her way up to a Software Engineer. After her promotion to Software Engineer she went back to school at SUNY New Paltz and earned a B.S. degree in Business Management.

As Debbie learned more about photography, she also learned that her specialty was photographing animals (both domestic and wild). Her first experience with wildlife was a Bald Eagle's nest she heard about it Poughkpeesie, NY. Debbie spent many evenings and weekends photographing and learning about Bald Eagles. Eventually, Debbie ventured out further and started looking for all different types of wildlife to photograph. Til this day, she is constantly out looking for something new and different to capture.

Debbie's passion for wildlife inspired her to take her photography to the next level. She has a zazzle store filled with products she designed using her images, she wrote and illustrated a children's picture book about bald eagles, and she designed a bunch of coffee table photo books. All products Debbie has created for sale can be linked to from the website.

I hope your'e enjoying Debbie's website. Please feel free to contact her if you're interested in purchasing any of her work or to talk to her about her passion for wildlife and photography.

Thanks for all your support!