Merry Christmas / Happy Holidays to all of my family, friends, and followers! I hope you all had a wonderful day!

My day was pretty darn awesome! My dogs and I slept in until 8:30 and then I goofed off at home for a little while before heading over to the grasslands in hopes the owls would rise early for photographs.

At roughly 2:15 the first set of owls rose up near the parking lot and far corner (way too far for those of us who were at a blind). We watched as they owls put on a great show for the people up there and thought we chose the wrong spot. When that happens, I've learned to just stay put because the activity could shift and sure enough it did.

We only had one short-eared owl doing circles around us, but that is all we needed as the owl put on a great show. It came in close a bunch of times and even landed on a post twice. Not the close post, but still a respectable distance to get some nice shots. It caught three voles during its time flying around and it even chased a Northern Harrier.

It was a wonderful day out in the field with friends!

Here is one of the shots of the Short-Eared Owl chasing the Northern Harrier. I really like this shot because you can see both of their faces and their feet are hanging down! If you look closely, it appears the hawk must have eaten a meal just before as his feet are still bloody. 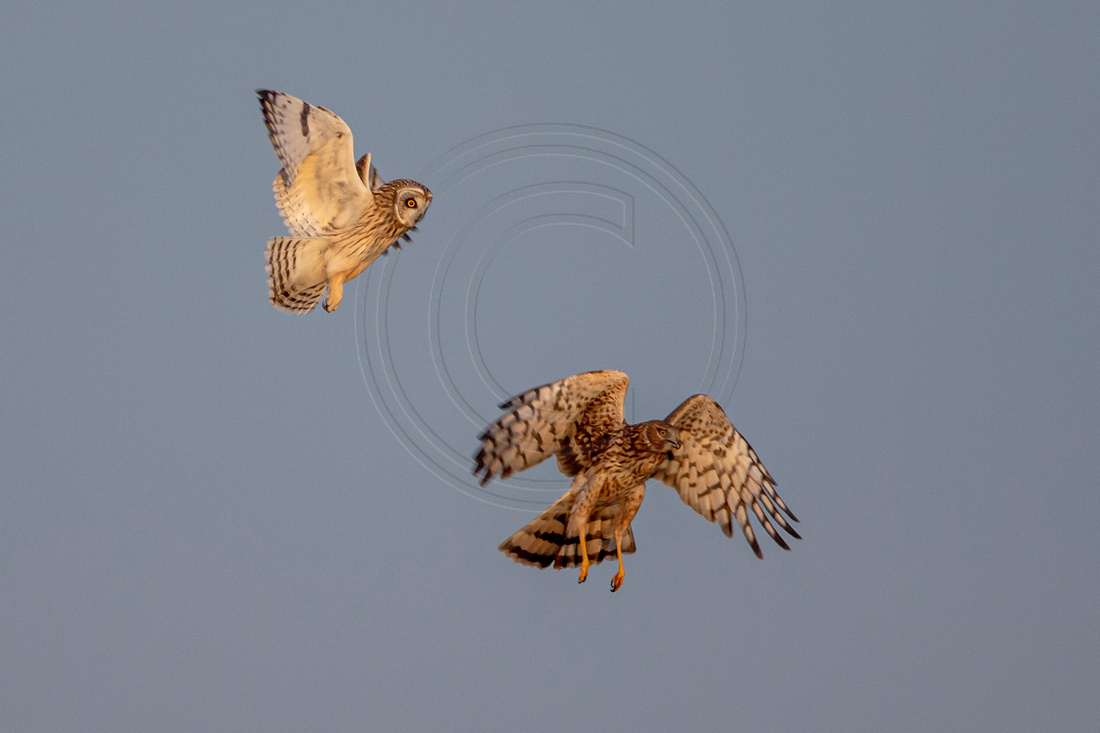