My original plan for today was to get up around 5am and hit the water early with my kayak, but sadly that did not happen as this girl is not at all a morning person. Instead, I slept til 8:30 and then goofed off around my campsite all morning. It was almost 2:00 when I finally headed out for my paddle. I was ready to go much earlier than 2:00, but the afternoon light stinks for photography, so I continued to goof off and head out a little later.

I road the rocky and windy road up to the pond and worked my way over to the water. There was a huge group of people sitting around on the rocks, enjoying the beautiful day when I approached. They were very kind to ask me if I needed help and when I told them I was all set, they were impressed with my setup and how quickly and easily I got into the water.

I then proceeded to the other end of the pond to look for the loons. I eventually found three of them, in a different area than I had spotted them on Monday. Two of them stuck around at a distance and the third quickly disappeared and wasn't seen again. I floated around and let the loons come in closer to me until they felt comfortable being around me. It took almost 90 minutes and once they did build up the trust in me, they were very cooperative for photographs. One still maintained a little bit of a distance, but the other one stayed right with me and swim along my side as I kayaked. It even turned into a frantic lunatic doing all this weird stuff. It was dunking in and out of the water, rolling around putting it's belly and feet in the air, skimming on the water, and engaging in other not normal behavior. I have no clue what was going on. It almost looked like something under the water may have had a hold on it and was trying to pull it under. I'm not really sure what was going on, but eventually it stopped the behavior and started bathing and preening. At one point, the other loon yelled and then disappeared for a good 5-10 minutes.

Eventually they both were close by and cooperated for one final photo opportunity before they both heading away and disappeared.

It was a really awesome experience as I've never been so close to loons before. Now if only one of them would show up with babies!

After my amazing kayaking excursion I stopped back at camp to take care of my dogs, have dinner, and a quick shower before heading out to the fireworks. As always, the Ticonderoga fireworks show was fantastic. It's always long with a really nice variety of fireworks! It was the perfect way to end a hot summer day! 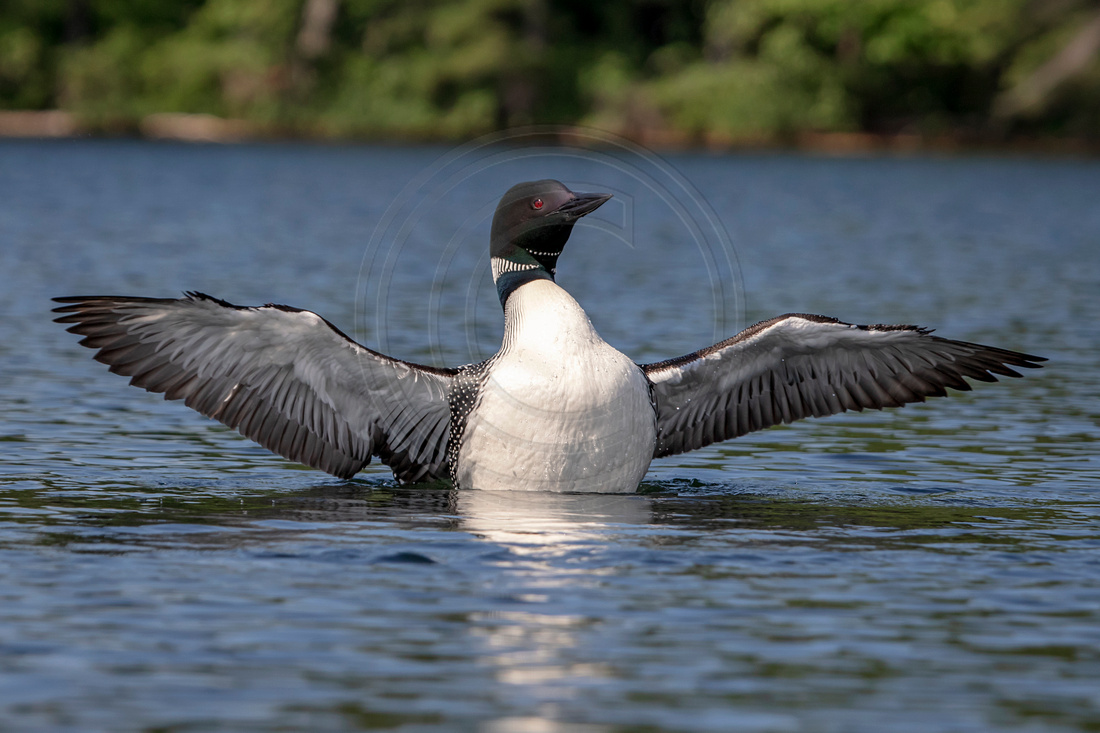