Portrait of a Puffin

Today is my last full day in Maine and my third and final day of doing the Puffin Tour on Machias Seal Island. It's been so much fun and I am happy to go home tomorrow and return to my normal routine, but I sure will miss hanging out with Atlantic Puffins, Razorbills, Common Murres, and Atlantic Terns.

The morning started out cooler than the previous mornings at a whopping 55 degrees, the sun was shining, and once again the water was smooth as glass. A good sign for another day out on the water.

We arrived at the dock and boarded with another group of people. We met and chatted with three of the other people on the boat yesterday and met new people today. Once again we were able to try out a different blind, which was really nice because we got to enjoy a different perspective each day. We really lucked out getting three perfect days in a row and the ability to get to the island as roughly only 70% of the scheduled tours actually make it to the island each year.

After we spent almost 90 minutes in the blind, we proceeded to sit on the patio for a little bit before heading back to the boat. While sitting on the patio I had an opportunity to see one of the Arctic Tern chicks and I got to watch one of the parents come in with a fish and feed it to him. It was super adorable and after the chick ate his meal, he went back to the nest. In addition to seeing that, I found a good seat and was able to photograph the Arctic Terns as they were dive bombing people who walked across the boardwalk to go use the restroom.

Eventually we boarded the Barbara Frost and Captain Andy was extremely generous to give us a ride around the island to see many of the birds up close. Then he finished our tour by bringing us out to go see some seals that were resting on Gull Rock. He very slowly and as quietly as possible (as quiet as a boat can get) got us in closer and closer. Once he was content with the distance, he shut off the engines so we get some shots in without disturbing the seals. It was really cool to see them up so close!

After out visit with the seals, we went back to shore and thanked Captain Andy and his assistant, Brian, for everything that they had done for us. On all three of the tours they were so helpful and so kind to everyone on board. Their hospitality, kindness, and efforts to go out of their way to make sure the tour was the best it could possibly be was amazing.

Since we still had the better part of the afternoon free, we went to Campobello Island in Canada to see the Roosevelt Cottage. The grounds were gorgeous and the home was very nice. A very nice way to end the day before going to dinner and the motel to relax before the big trip home tomorrow.

For a vacation finale, I thought it would be nice to share a close-up of one of the Puffins. They sure are beautiful and sweet little creatures. They new we were sitting in the blind and not once did they ever show signs of being bothered by us. In fact, they often seemed intrigued by us and would stick around and watch us in the same fashion that we watched them. It really was an awesome experience and I wouldn't mind coming back again some day! 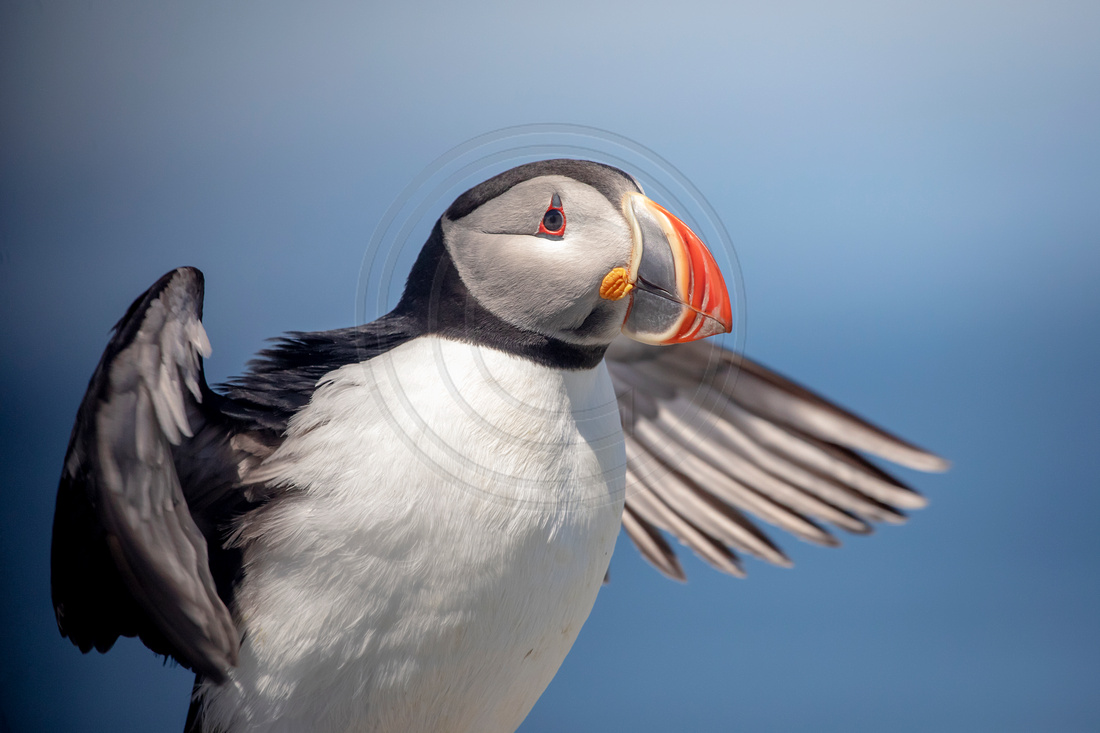