Today is day two for me in Maine and my second day of going on an Atlantic Puffin tour with my photography friend. We woke early and arrived at the boat launch in Cutler, Maine around 7:15 for our 8:00 tour. The morning was beautiful with sunny skies, no wind, and a perfect morning temp. As we waited to board the skiff for our taxi to the Barbara Frost, we got eaten up by a variety of bugs. They were biting me so badly, that I was bleeding and I had to bend down to the water and rinse my hands and face off. The water was refreshing and looked like glass in the bay. In addition to being eaten alive, we enjoyed watching two bald eagles flying to the right of us near the tree line. With an eagle sighting first thing in the morning, we knew it would be a great day!

Our wait was short and Captain Andrew got us to the boat quickly. Once we boarded he went through the same routine as yesterday, with one exception. Yesterday he pointed out the cormorants to everyone on board and today he pointed out the bald eagles. The 45 minute ride went smoothly as the water was so calm even after we left the bay and got into the open waters. We chatted with other people on board, mostly with a very nice couple from Ohio and so the ride seemed to go pretty fast.

After we got to the island, we were informed that since our group was smaller today than yesterday they were going to put 4 of us in each blind and give us over an hour. It was really nice to have the longer time in the blind, but it sure was cramped with four people in there. Much more so than yesterday when there were only 3 of us in each blind.

Since we are doing the tour multiple days in a row, we thought it would be nice to see if we could get a different blind each day and so we asked if that was possible. The tour group people were very accommodating and so we were very happy and grateful. The blind we went to today wound up being far more active than the blind we were in yesterday and so that was truly amazing. Although, it did make it a bit more challenging as to keeping focus on one bird and waiting for that one bird to do something cool/different.

We got to see puffins and razorbills bring in fish, but it was so tough to get the shots as they dipped down into the burrows with them so quickly. We also noticed that the puffins had a flight pattern going on as they would come out of their burrows and hop onto one rock after another and then take off from the upper most rock. It was almost like an airport the way they would like up and follow the same pattern. If only they would follow a pattern when they returned with the fish. I got a few shots with puffins and razorbills with a beak full of fish, but not the shot I've been hoping to get. Good thing we have another day tomorrow as I'll have another opportunity to try and get the shot I want more than anything on this trip.

Being in the blind and watching the activity was a true blessing and we all left the island happy and full of smiles. Upon return to the boat, Captan Andy mentioned that he would give us a close-up tour around the island before returning back since the water was so calm. During the close-up tour we got to see so many seabirds in the water and on the rocks along the edge of the island. We even got to see a seal along the edge of the island. Sadly, there were no seals on Gull Rock today as the researchers were previously on that island and the seals had left.

We enjoyed the quick boat ride back to shore and then went to Lubec to check out the West Quoddy Head Lighthouse and the small town. It was tiny, but nice. And when we got into town, we were able to see the Mulholland Lighthouse on Campobello Island which is in Canada. Before heading back to Machias, we decided to eat dinner on the balcony of a restaurant in Lubec that overlooked the Lubec Narrows and had a straight on view of the lighthouse on Campobello Island.

It truly was another magnificent day in Maine! 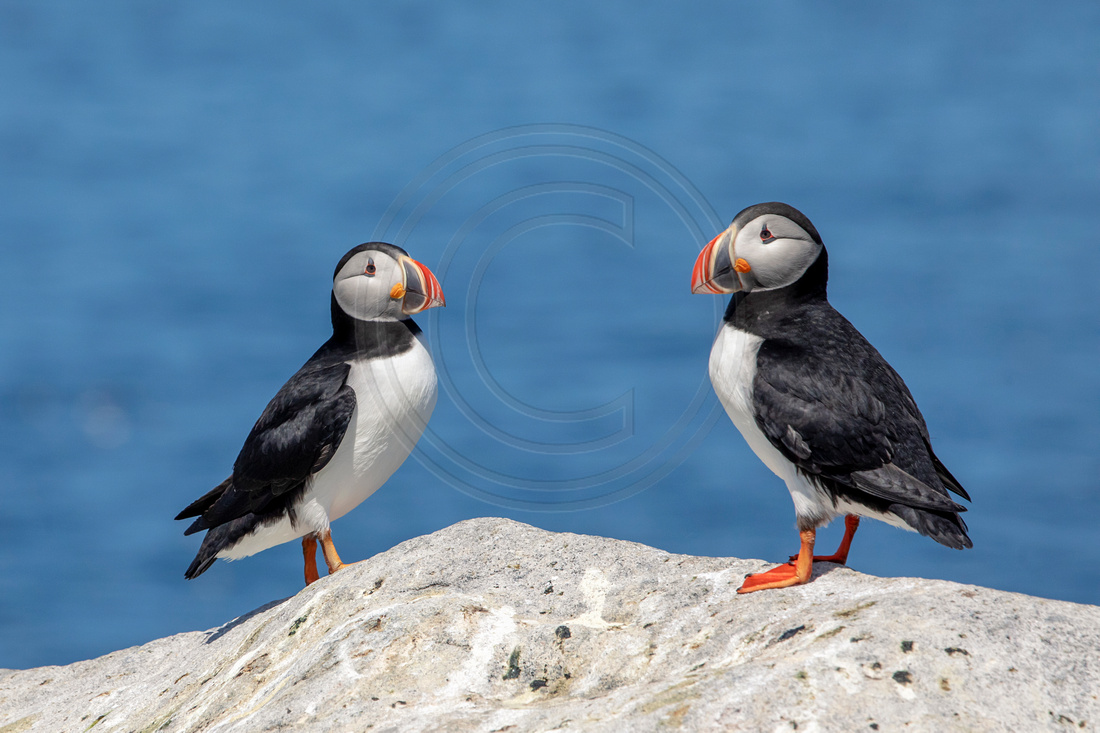