What a fantastic day out with my camera. The day began early when I picked up my photography buddy at 8:30 am. We first went over to check on the Fawn I got to photograph yesterday. The fawn was in a different spot and just laid there in the shade while we took a bunch of photos. We didn't stay for too long because mostly it was resting and we didn't want to disturb it.

We then continued our day by heading down to the Creek to check on the Great Blue Heron and the Red-Tailed Hawks nests. There were two great blue heron nests and it was impossible to find a clear opening to photograph them, so we just simply watched and enjoyed their beauty. The red-tailed hawk hatchling was in the nest all alone and the parents never came in to join it. We watched it look around, preen, and even hop up onto a branch. It flapped its wings a few times and we both took many shots. The nest was rather far away, so it was difficult to get amazing shots, yet still so fun to watch.

After roughly an hour at the creek, we decided to go check on a bald eagle nest we watch. The youngsters in that nest were not in locations for us to get photos of them, so we left to go check in again on the fawn before heading down to NJ to check on a pair of peregrine falcons we enjoy to watch. The fawn was still in the same spot, so we simply did a drive through and left.

By the time we got to NJ, the day had warmed up to 80 degrees and we were rather hot in the direct sunlight. It felt good to know that my pasty white skin was getting a little color (even with the globs of sunblock I put on), yet it was hot and sticky and made me feel yucky. The first few hours things were really slow, but our last hour in NJ was very entertaining. The female peregrine caught a bird and flew by us to show off her prize. She then dumped it somewhere. We couldn't tell if she brought it back to the nest or stored it elsewhere, but our assumption is that she brought it to the nest. Then both falcons flew around for a bit, mostly high and far. Eventually, the male peregrine flew into the favorite perch with a bird and began to eat. He ate roughly half of it, then flew out over the river and exchanged it to the female in mid air. She then flew to the favorite perch and finished it off. It was a really cool thing to see.

After our grand finale with the peregrine falcons we decided to head back towards home and check on the fawn once more before calling it a day. The fawn was still resting in the same spot its mama left him/her in this morning. This time though, the late afternoon light hit the fawn so beautifully. We didn't stay too long. Just long enough to watch the fawn get up once to stretch and reposition itself. Then we watched as the bugs annoyed the fawn and the fawn got up once more to scratch and bite at the bugs. It didn't stand for long before laying back down and preening. We watched as it cleaned itself for a minute or two, then thanked it for being so cooperative and wished it a good night.

We got to see so much today. Not all of it made for good photo opportunities, but still a real blessing to see. The best photographic opportunity of the day was the late afternoon visit with the fawn. I generally like my blog posts to be a good mix of wildlife, but with the awesome light on the fawn this evening, I just simply couldn't resist using the fawn for a second day in a row! I hope you all are in love with this fawn just as much as I am! 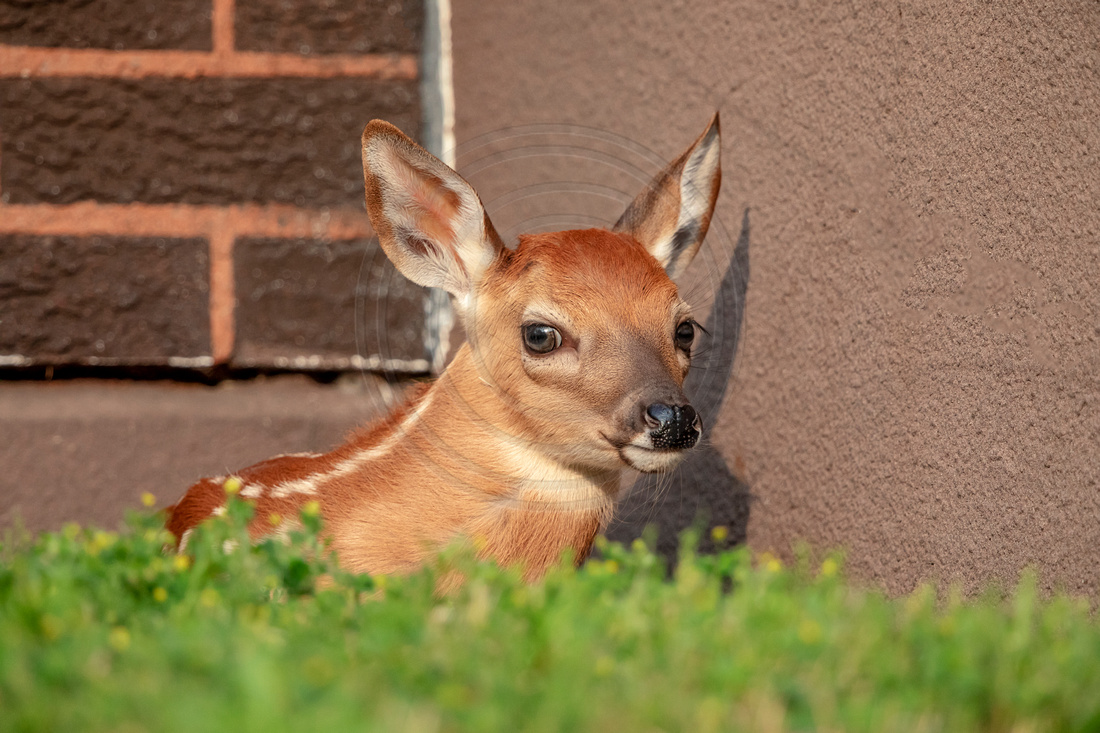