Today was another beautiful day up in the North Country!

The boyz and I slept in a little and then I headed out to the Fort to check on my favorite osprey family. Upon arrival I saw mom sitting in the nest and dad in a tree close by watching. Eventually, I saw one little osprey head pop up, then a little while later I was excited to see a second one. For almost an hour, I was beyond thrilled with excitement that I would get to enjoy two young osprey this year. Then out of nowhere, I realized there was a third youngster in the nest. At that point, my level of excitement went through the roof.

During all this time I also watched as an adult bald eagle came into the territory and the female chased it away. In addition to the bald eagle visiting, another osprey came in to check things out just after the delivery of the first two fish. There were some really slow moments and some really exciting moments while I was visiting the nest. The best moment though was the opportunity I had to photograph both parents in the nest with all three kids. Getting a family portrait of wildlife is never an easy task, so to be able to get this today was beyond exciting. At that point, I was completely satisfied with the time I spent with the osprey family and so I packed things up and went back to camp. 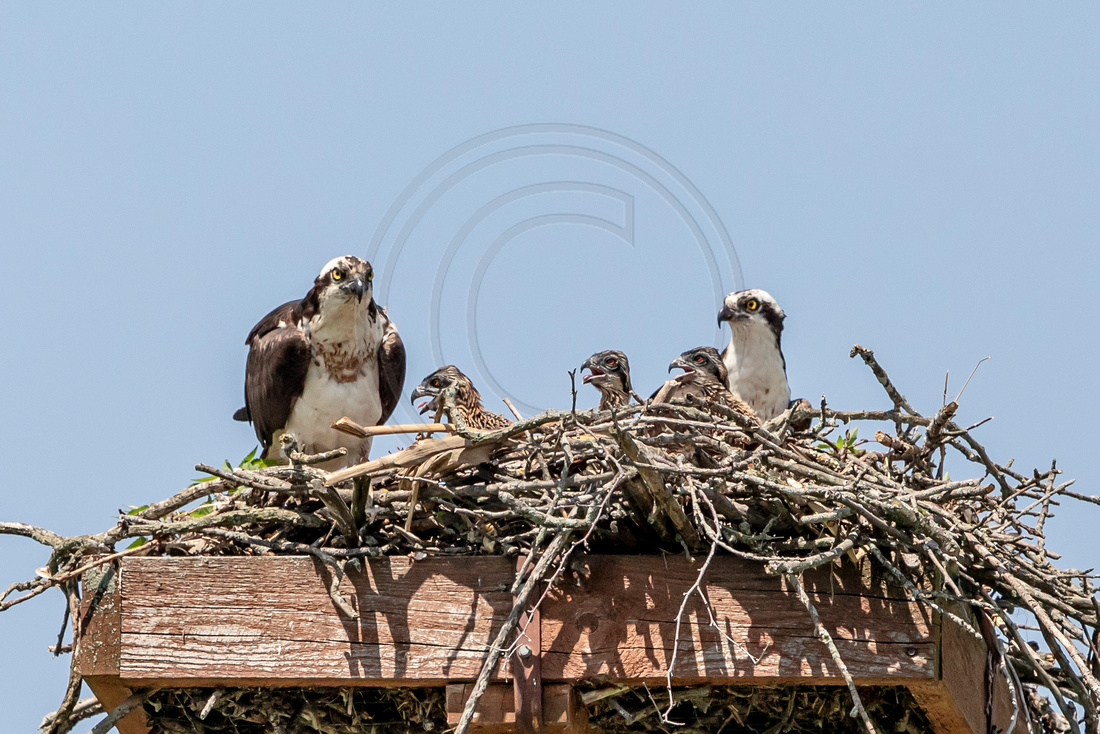