Great catch for both of us

After work today I was putzing around in my yard with my landscaping when I heard my bluejays yelling like crazy across the road from my home. I stopped what I was doing and went over to see what the fuss was about and as soon as I got around my car I saw a hawk on the ground with a bluejay in his talons. I quickly ran in and grabbed my camera in hopes of getting some shots.

As I got over there with my camera, I realized I didn't have my monopod, so I rested my camera on my neighbors garbage can and started shooting. Sadly, the bluejay in the hawks talons was not dead and I was a bit (and still am) traumatized by hearing the bluejay scream. As I stood their shooting, the other bluejays were all yelling and periodically one would dive bomb at the hawk and the hawk sat there holding onto its meal very tightly.

Eventually the bluejay went quiet and was no longer fighting back and some of the neighborhood kids stopped to see what I was doing. They sat next to me and asked a few questions. One of the kids was a little grossed out, but he continued to ask about the situation.

At first I wasn't sure if the hawk was injured because it tried to fly twice and only made it short distances. Perhaps it is because the bluejay was a bit heavy for it. I sat quietly for a bit and watched as the hawk dug in, then it eventually flew up into a tree with its meal.

The photographer in me was really excited to catch the hawk with the bluejay. Yet, the animal lover in me was so sad to hear the last cries of the bluejay. It was a pretty intense opportunity and I took so many photos. Later tonight I will post a handful of shots from my moment with the hawk and his meal. 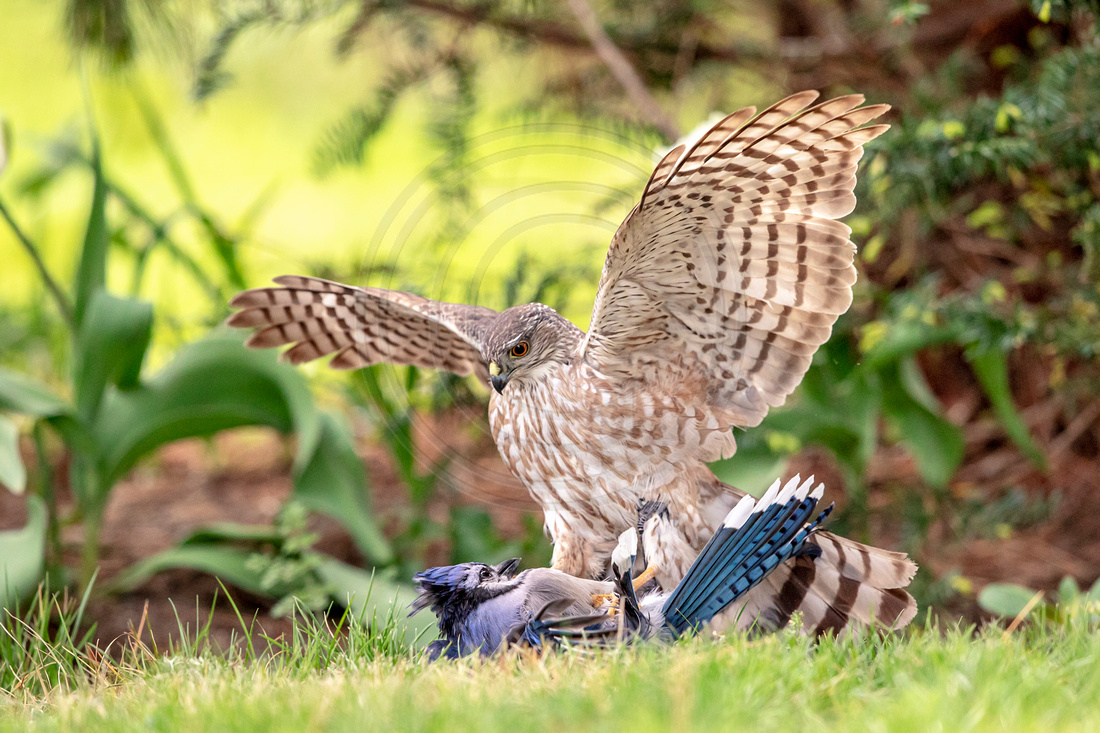