Harbor Seals in the Bay

Today I began my day very early in Seaside Heights, NJ. It was my first time ever being on that island (I think, at least as an adult and from what I can remember) and it was pretty cool. It was off season, so getting around the island was very easy and many locations were closed. I could imagine that during the summer that place must be mad crowded, with completely packed streets and difficulties finding parking.

My journey began when I headed down to Island Beach State Park to look for birds to photograph (raptors and waterfowl). I walked over 7 miles and logged over 15,000 steps walking the beaches. I stopped at many of the parking lots and took the trails to the beach and I went to the South end and walked the entire South end of the beach, all the way to the point and back. I had no luck finding the bird I was in search of, but I did get some great opportunities with different waterfowl and a shorebird.

Even though I didn't find the bird I was looking for, the biggest highlight was stumbling across 10 harbor seals in the bay. It was a very long and tough walk on sand while carrying all my heavy equipment, but totally worth it to see such an adorable sight! The seals laid on the rocks stretching, yawning, scratching themselves, and laying like dogs with their bellies up in the air. They were a bit distant from the shore, but so fun to watch through my telephoto lens. For the most part, they stayed in the spot they had chosen, but at one point one of them swam over to another on a rock and kicked him off. It was rather entertaining to watch him steal somebody else's spot.

After I got home this evening I learned that the bird I was looking for made an appearance around 3:40 this afternoon. Sadly, I was already on the road heading home. Oh well, maybe next time. For now, I will enjoy the beautiful scene of the harbor seals running through my head! 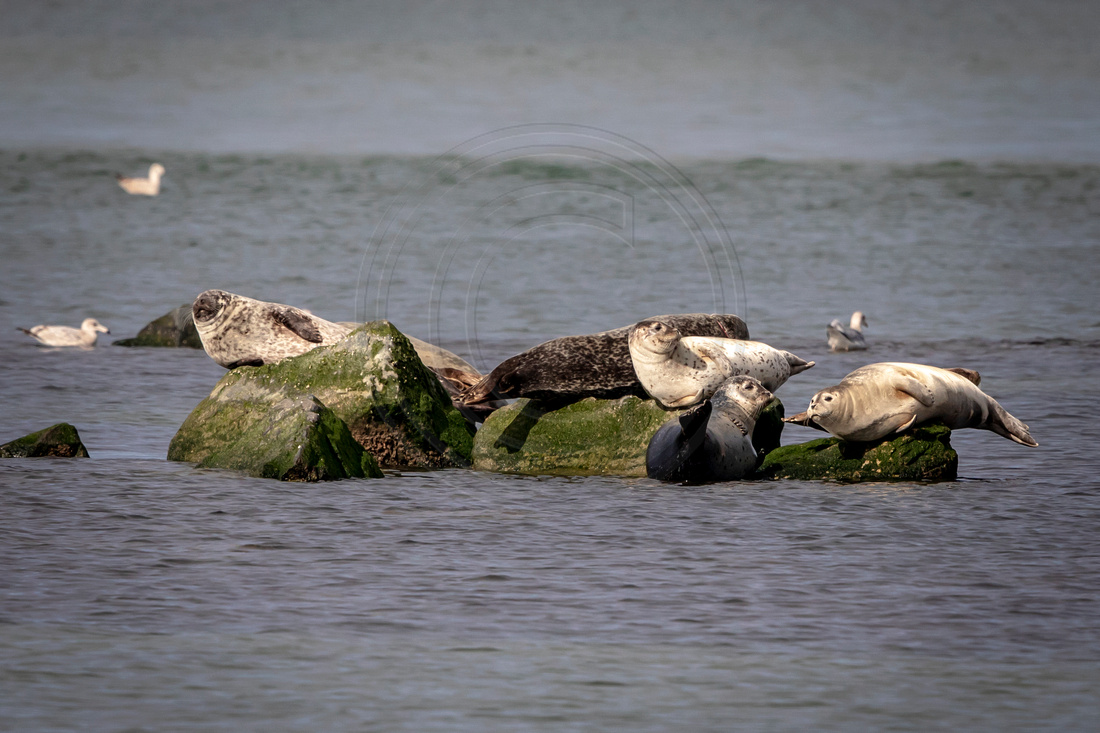