Today was a very busy and super exciting day!

Let me first backtrack and say that 2 days ago I received a phone call and an email from Nicole at the Conowingo Dam Visitor Center asking me if I was going to attend the Unveiling of the 2018 Conowingo Dam Bald Eagle Photo Contest. At first I said I couldn't make it, but then Nicole told me I was a winner within the top four and that they really hoped I would make it. After thinking about it and really wanting to go, I made arrangements to take Friday off of work, have my parents watch my boyz and have a friend join me on the journey.

So, today my day began with my buddy Bob and I going over to the Conowingo Dam Visitor Center to attend the unveiling of the 2018 Conowingo Dam Bald Eagle Photo Contest. We arrived a few minutes early and there were already a ton of people there. We went in and enjoyed the very nicely catered breakfast that they offered. We then went into the room with the monitors on display with all the contest entries on one big flat screen tv and the winners of the 2018 Wildlife Photography contest on the other flat screen tv. By the time we finished watching all the stunning photos scroll through, it was time to head downstairs for the unveiling.

The room for the unveiling was packed and Fred from the Conowingo Dam began the announcement ceremony. He announced two People's Choice Awards, an Honorable Mention, and the top three. I felt so honored to win 3rd place as the contest is super competitive with so many awesome photos that are entered every year. I was even blown away at how beautifully they printed and framed my photo. Additionally, it was really cool to see in person the winning photos and the photographers behind the photos. A few of the names were names I've seen on facebook, so it was really nice to put faces to the names I see regularly.

The unveiling was really cool and put me on cloud 9! What a great way to begin the day. After, Bob and I headed up to New Jersey to the Edwin B. Forsythe National Wildlife Refuge. It was my first time going there and it was really cool. It was so big and beautiful and it took us a very long time to do the 8 mile drive as we kept stopping to photograph ducks that we don't get back at home. At first, I was really excited to see a ton of snow geese sitting out in a distance. But then, it got better when we stumbled upon a single snow goose swimming in the water and then ahead it came out onto land. I've been hoping to get shots of a snow goose for roughly 3 years, so it was really awesome to finally get some shots of one today.

It was a truly awesome day winning 3rd place in a photo contest and checking off a bird from my bird wish list, aka "life bird"! 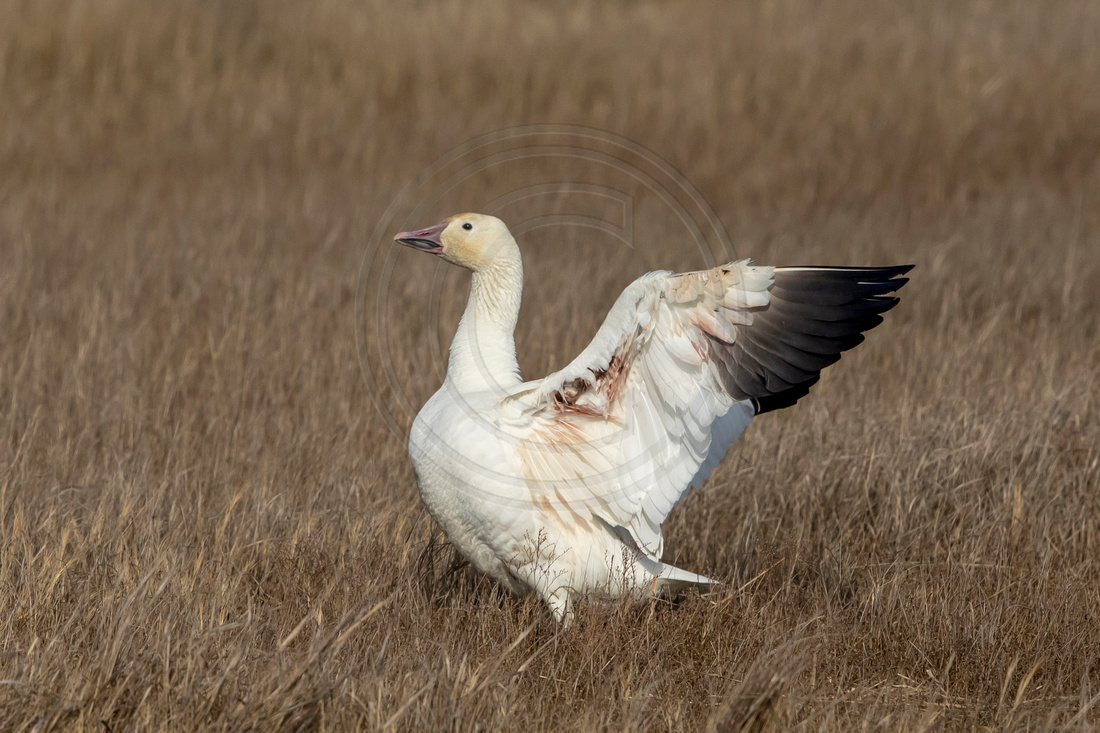