Fun with the swans

It was a long night as I didn't sleep well. I went to bed at 1:00 am and was still awake when the clock struck 2:05. I dozed off for a bit, but then I watched the clock hit 3:05. I dozed for a bit more, again not sure for how long before I saw the clock strike 4:05. After that I just tossed and turned, in and out of sleep and resisted checking the clock again until 8:30 when I got up to use the bathroom. I was completely exhausted and the dogs hadn't stirred, so I went back to bed. I continued to toss and turn until 10:10 am when the dogs and I finally rolled out of bed and I still felt completely exhausted. I'm not sure why I had such a rough night, but I did.

Still exhausted, I made coffee and chilled on the couch with my boyz while I sipped my coffee hoping to gain some energy. It must have been around 11:30 when I finally hit the showers and decided to begin my day. I contemplated going over to the Shawangunk Grasslands, but once I saw the sky I figured I would just bum around locally.

I first stopped over at Overlook Park to see if there was anything going on. Not too much today, but there were a bunch of gulls near the parking lot and some Canada Geese out in the field. I got my camouflage gear on and went to sit and photograph the gulls when they all decided to up and leave. I wound up not getting much of anything there by the water, so I took a walk back towards the trail. Not much there either, so I started heading back to my car. On my way back I watched as a woman got out of her car with her dog and headed to the trail for a walk. Her dog was a very laid back and cool guy, so she walked with him off leash. What she didn't realize was that as she was heading towards the trail, he was heading over to say hello to me. I pet him and enjoyed his attention, then called over to his owner to inform her that he was socializing with me instead of walking with her. We chatted from a distance for a minute and he eventually returned to his owner for a walk! It was really cute!

From there, I went over to James Baird State Park to go for a walk and see what I could find. As I was walking I could hear a red-tailed hawk vocalizing, then I watched as it flew from a tree, towards the ponds, and kept going. I followed behind it (even though it was quickly out of my site) to the ponds and photographed the pair of swans that have been hanging out there for the past few weeks. There wasn't much else going on, so I walked the grounds and left.

There really wasn't much to see today and the light wound up being horrible with only a minute of sunshine here and a minute of sunshine there, so I was glad I stayed local and didn't waste my time and gas driving far. At the very least it was fun watching the swans, even if they didn't like me around and would yell at me and swim away every time I tried to go near the water. 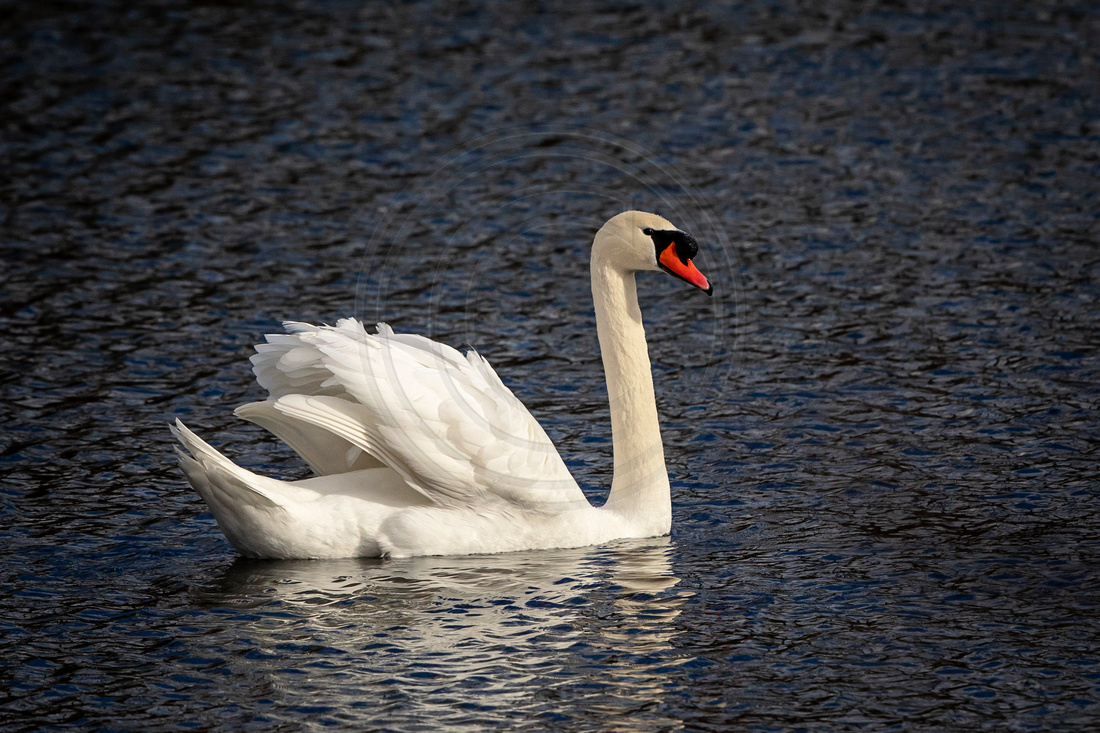