Wow, it's hard to believe that today is the last day of 2018! It's been a busy year full of activities and making memories.

January and February started off cold, but that didn't stop me from getting out with my camera and looking for wildlife to photograph. I spent most of my time during those two months going to the Shawangunk Grasslands to photograph the Short Eared Owls and the Northern Harriers and going to the Connecticut Shore to photography Snowy Owls. In addition to the grasslands and the shore, I spent time along the Hudson River photographing the Bald Eagles who migrated down for winter and I enjoyed a few other local parks as well as the critters who visit my yard. There weren't any family activities during this time period, so I concentrated on Wildlife Photography.

Then came March and it was still bitter cold. A friend from Texas came to visit me and was blessed with a NY Winter Storm. I don't think he enjoyed it as much as I did, lol. We spent time in my local parks, stopped by some of the local Historic Sites, made a trip to Westpoint, and spent a day in Central Park where we enjoyed the park and the zoo. Later in the month, my niece, Emily, came to visit me for her annual visit and she made friends with my neighbors daughter. I inherited two kids for the weekend and had a great time. In between the time with family and friends, I continued to enjoy going to the grasslands and hitting up some local parks.

April was a slower month for wildlife, but I did get a few nice opportunities. Mid month I took a trip to Texas to visit my friend and he was a great host. He brought me around to all the local wildlife places and took me out to eat all the different amazing food in Texas. We had Mexican food (which was prepared differently than here in NY), BBQ Beef Brisket, Tamale's, and we went to a Brazilian Steakhouse. It was a really nice trip and my two favorite locations were South Padre Island and Laguna Atascosa National Wildlife Refuge. I wouldn't mind going back and spending more time at both those locations.

In May spring slowly started to approach and the weather started to get a tad better. I had some nice opportunities with ducks and their ducklings and I got to open my camper for the season. Once camp opened, I balanced my free time with wildlife photography and family. I also signed a contract with Fort Ticonderoga to photograph on their grounds with my good photography equipment. That wound up being an awesome arrangement as I got so many awesome photos of osprey, hummingbirds, and flowers. They even used two of my images as cover photos to the Spring and Summer Newsletters. That itself made the agreement very rewarding.

The summer was fantastic as I made many memories with my family up at camp and I had lots of photography opportunities. I got to enjoy red fox kits in Dutchess County and in Ticonderoga (near camp). The Ticonderoga experience also introduced me to a new couple and allowed me to make new friends. In addition to red foxes, I had the opportunity to photograph two white-tailed deer fawns, adult deer, bald eagles, Canada Geese and their goslings, ducks and their ducklings, as well as many other raptors, songbirds, frogs and other wildlife. The summer was really hot so I didn't get out as much as I would have liked, but I did get out and also enjoyed kayaking in the Adirondacks.

Fall fell upon us quickly, but it still felt like summer to me. The Adirondacks had some awesome foliage after I closed up camp and the Hudson Valley had a very drab and not so good fall. That was a bit of a bummer as I purchased a full frame camera in hopes of getting out for some landscape shots of the fall foliage. Oh well, I'll try again in 2019.

The fall didn't give me many opportunities for photographing as there was lots of overcast and rain on the weekends while I was off. I made it down to the Palisades Interstate Park for my birthday weekend and got to see the Peregrine Falcons, so that was a huge plus. Since I've closed up camp in October, I haven't been out as much as I would have liked because of the doom and gloom, but I have walked a few of my favorite local parks and I have started to go to the Shawangunk Grasslands again. The owls haven't been coming up until after dark, but the Northern Harriers have been putting on a great show. This has been my first year getting some good shots of them.

November was a busier month as I enjoyed the local parks and took my annual trip to the Conowingo Dam with friends to photograph Bald Eagles. This years experience was much different than the past as the water levels were so high and the generators were constantly pushing water through the dam. The lower levels were closed off which allowed the Cormorants and the Great Blue Heron to come in much closer than usual. The weekend after my Conowingo trip I enjoyed a nice Thanksgiving with my family and my nephew, Branden, went home with me for our annual weekend tradition of picking out the Christmas Tree and decorating my house.

Then in December I continued to enjoy some wildlife opportunities and I got together with my family again to celebrate Christmas. It was nice being with everyone and making memories together. Since then I've been sick, so I haven't gotten out much. I managed to trade in my car for a new Mini Cooper Countryman and today I finally took the new car out for a countryside drive with my camera. I wasn't out long, but it was rewarding.

For the last day of the year, I had an awesome opportunity with an immature red-tailed hawk who decided to hunt and catch a meal right in front of me. It was a fantastic way to end the year!

I would like to say "THANK YOU" to all of you who have been following my blog for the year! I know I didn't post as much as I would have liked, but that's life!

Tonight I wish you all a Wonderful, Safe, and Happy New Year Celebrations!

It was a fantastic year and I look forward to 2019 and continuing to blog for all of you! 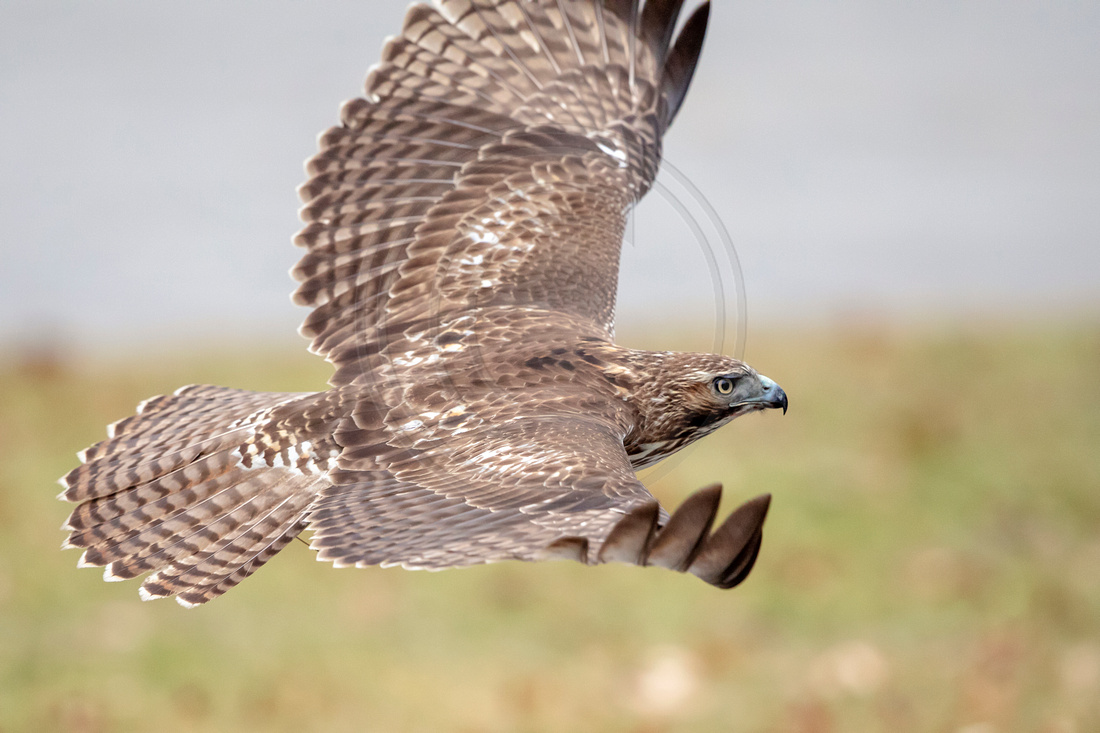