Female Osprey with a fish

This morning started out wet as we had thunderstorms overnight, so my friend and I slept in. When we got up, we took things easy and hung around camp enjoying the cooler temps and breeze. It felt so good to have such nice weather after a brutally hot week. It was after 1 when we finally decided to venture out into the world.

Our first stop was a drive up Mount Defiance to take in the view of Lake Champlain and enjoy lunch. It was the perfect day to head up there as not only were the temps down, but so was the humidity and we didn't have that thick haze in the sky. It made for a great opportunity to get some photos. We didn't stay long before heading out to go check on an Osprey nest.

We arrived at the osprey nest around 2:30 and as we were getting out of our car to head up, we could see four osprey flying around and nobody in the nest with the youngster. While the female was occupied with the chase, we got into position and got ready. This is a new female at the nest and she is not at all tolerant of people, so it was good that she was out and we were able to sneak in and park under a tree. She eventually flew back in and was so nervous of everything.

The winds were very strong today, so it was a little tough to photograph the birds. However, the winds worked in our favor in another sense as the birds were far more active than yesterday. The female flew out several times and the male did some flying around as well. We watched as the songbirds harassed the female osprey, the vultures, and the ravens. There were several opportunities where the male chased intruders, one of them being super awesome as they came in close and went right over our heads. They were too close to photograph, yet so fun to watch.

The youngster barely sat up today as the wind was so strong, but did give a couple of opportunities for photographs. Both parents returned to the nest with food. The female came in with a very small sunfish and even left once with it to fly around. She is such a nervous creature and instead of feeding the youngster immediately, she spent almost a half hour looking around before finally digging in. Roughly a half hour after she fed herself and the youngster, the male came in with a fish. He sat in the nest with it for a minute before leaving with it and going to a tree to feed himself.

Although super windy, it was a beautiful day out. At one point I even got a little cold when the sun went behind the clouds and the wind blew hard. It felt really good after this incredibly hot week. 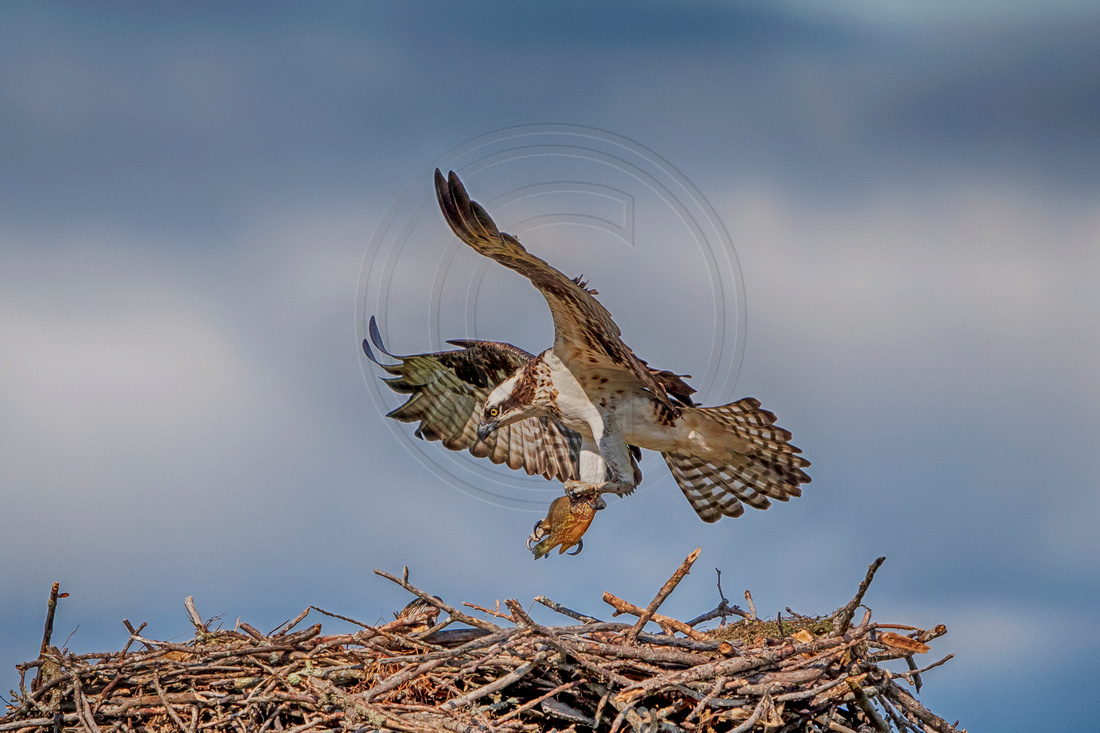