This morning wasn't nearly as hot as it was all week long, so I thought I would head out on the kayak before it got hot. I started in LaChute River and did the two mile paddle down to Lake Champlain. While on the river I saw a muskrat, a great blue heron, a green heron and lots of turtles. The only thing I got photos of was the muskrat as it swam straight towards my kayak and right past me.

As soon as I got around the corner and onto Lake Champlain I could see there were hardly any power boats and the water was smooth as glass. It was so calm and so peaceful, probably the first time I've ever seen the lake that calm. I paddled around and watched the osprey fishing in the distance, none came close enough for photos so I just watched and enjoyed the view. As I paddled south of the fort, I ran into a cormorant who was swimming and fishing. He swam along my kayak as I paddled for a while and caught two fish while he was close by. Eventually, I spotted some gulls and went over to photograph them. As I was sitting there, a different cormorant flew in and hopped up on a rock in front of me. It sat there sunning himself, drying his wings and posing for me for at least a half hour. He eventually flew off when a motor boat came in and scared him off. By this time it had gotten so hot out there, I decided to start heading back.

I began my return, but didn't make it too far when I spotted an adult bald eagle in a tree. It was sitting in the old nest tree and so I paddled in and got a few pics. I stayed for maybe 10-15 minutes hoping it would fish, but that didn't happen and I was too hot so I said goodbye and continued on my return.

On the return I saw three additional great blue heron, a couple of osprey and a muskrat. By this time I was overheated and already had almost 900 photos, so I just paddled back.

It was a fantastic paddle and the wildlife was relatively cooperative. I couldn't ask for anything more. 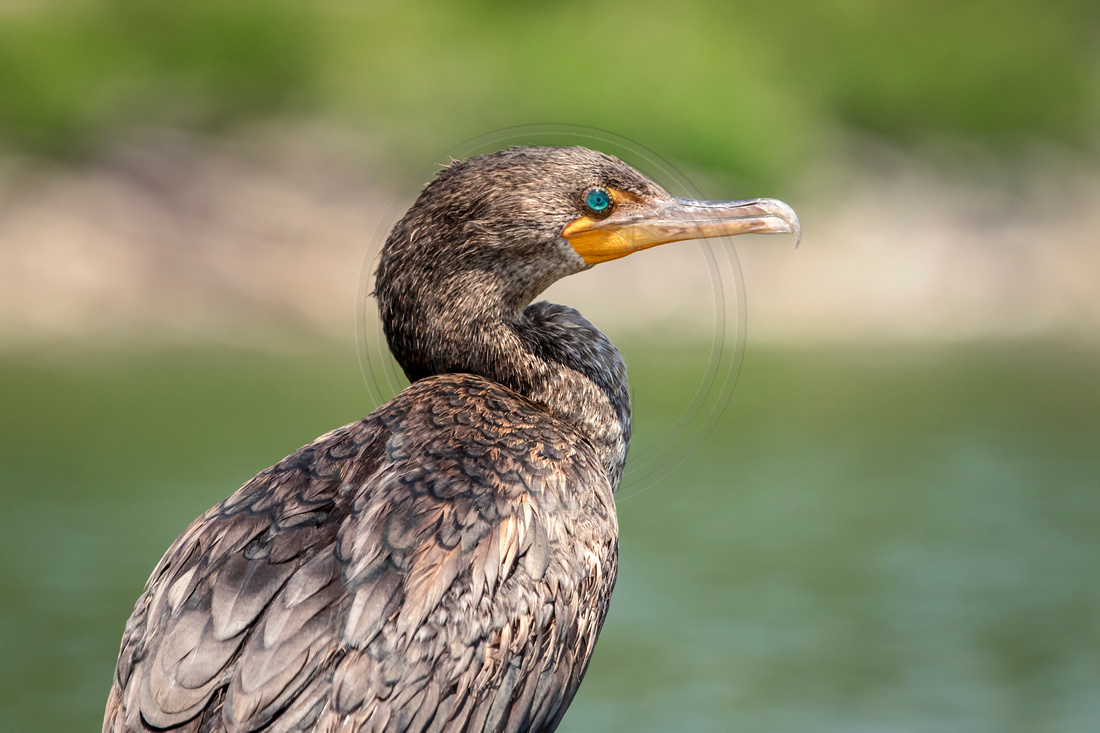