The Greenies are Back

Oh boy, I just realized how long it has been since my last blog post. Sorry about that. My inability for getting out has been a combination of two things: Some days it is far too hot out and I stay in the AC because when it is that hot out I simply feel sick to my stomach. The second reason I haven't been out is because my schedule has been busy. There were a couple of days I would have really liked to have gotten out, but I had other stuff going on that prevented me from doing so.

Either way though, I did manage to get out for a paddle in my kayak after work today and it was really awesome. We are currently in a drought up here in Ticonderoga and there are many reasons that the drought stinks. However, there is one blessing when we have a drought. That means the water level on La Chute River and Lake Champlain is low and I can find all different kinds of wildlife I wouldn't ordinarily see. I didn't get photos of everything I saw, but I got enough and it was still so fun to see so much wildlife.

I launched my kayak from The Falls of Carillon in Ticonderoga and paddled down to Lake Champlain. I was on La Chute River for only 2 minutes when I spotted my first green heron. At that point I instantly knew it was going to be a fantastic paddle. The first greenie wasn't cooperative for photos, but the second and third ones were. The second greenie only hung around with me for a few minutes, but the third one was super cooperative. I hung out with him for at least 20 minutes before waving goodbye and heading off.

Shortly after my time with the third greenie, I stumbled across two beavers. They were fun to watch as they swam about and ate the greens along the side of the river. A couple of times they popped up near my kayak and swam right by. After getting by me, they realized I was there and hit their tails in the water. I was incredibly amused by their behavior. After I left them, I found another beaver who had behaved in a similar fashion.

After enjoying the beavers, I continued on towards Lake Champlain. I saw two muskrats, a cormorant, lots of turtles, and several great blue heron along the way. Instead of stopping for photos, I continued to paddle to get to the Lake. As I approached the lake I started to see Osprey and as I got even further along I could hear the eaglets yelling for food or whatever it is eaglets yell for.

As soon as I got around the bend and into the Lake, I could feel that the wind was stronger out there. It immediately started moving my kayak around and making it difficult to paddle. I briefly considered continuing on so I could go and see the eaglets, but instead I figured I would turn back. That wound up being a good call as I was able to take my time and get back before it got too dark on the river. Although sunset isn't until after 9, it does get darker earlier in that area because the sun is behind all the trees that make that area so beautiful and secluded.

I got many fantastic pics out there on the water today, so I thought I would share one of the super cooperative Green Heron. I absolutely love it when wildlife realizes that I will maintain a good distance and not be a threat. 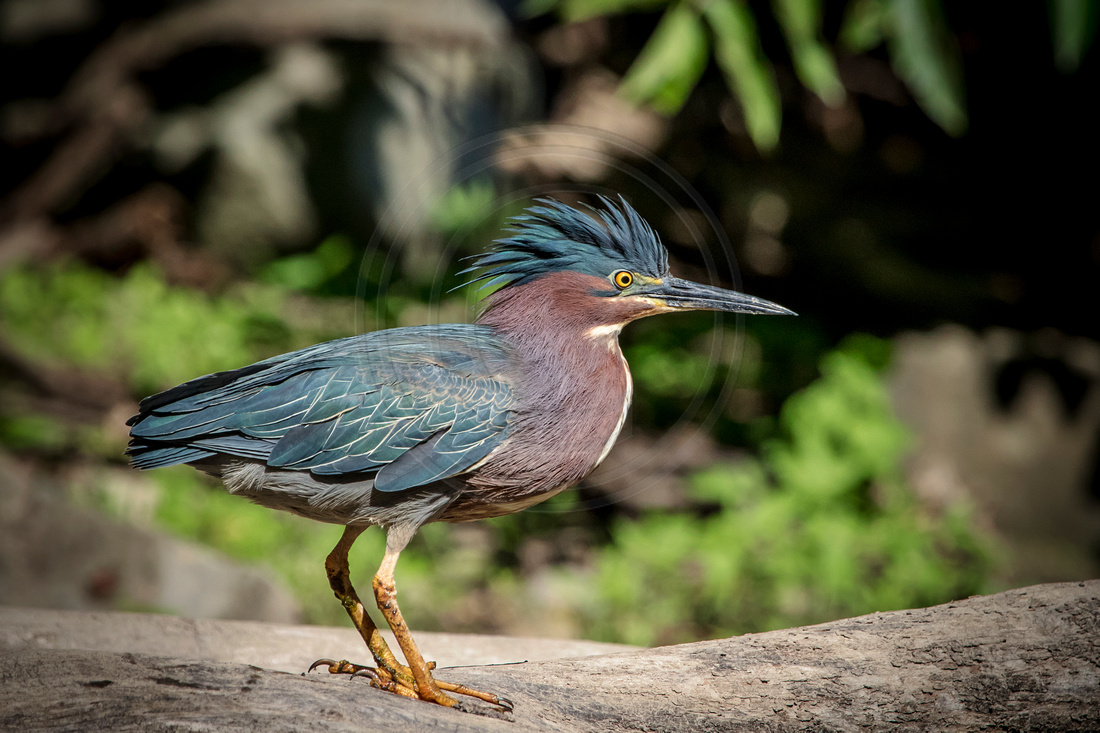