I used my final vacation day of the year today and I took advantage of sleeping in just a bit. It was roughly 8:30 when the boyz and I finally rolled out of bed and we took our time starting the day.

It's been a while since the boyz had their nails cut, so I figured today was a good day to get them to PetCo for their pedicures. On our way to PetCo, we stopped at IBM and I brought them in to see my co-workers. There weren't too many people in the office, but everyone who was there got an opportunity to say "hi" to them. It was really great because they were so happy to get out of the house and socialize and everyone at the office who got to see them enjoyed their visit. We didn't stay in the office for long and then they went to get their pedicures. Bailey wiggled and struggled, giving the girl a bit of a tough time, but she eventually got through all four of his paws. Bandit was a perfect angle on the table. He was in out real quick.

After our little journey out in the morning, we went back home so I could have some lunch and prepare for my afternoon out. I had some soup, I changed into appropriate clothing and I got some hot tea ready to take with me since I was planning to head to the Shawangunk Grasslands where I knew it would be cold.

Sure enough, as soon as I got out of the car at the grasslands, the cold temps and strong winds hit me. Northern Harriers were already flying, so I figured I would head out to one of the open blinds.

Upon arrival at the blind, I put my bag in and I stayed outside next to the blind. The Harrier's flew relatively close and gave me some nice opportunities. Eventually though, I had enough of the cold winds and went inside. This was my first time ever staying in the blind and photographing from there. That wound up being the best idea ever as the Harrier's came in real close after I went into the blind and gave me some nice opportunities for photos. I stayed in the blind until the sun shifted and my entire area was in shadow and then proceeded on the walk back to the parking lot.

Upon arrival at the parking lot I ran into a couple other photographers I know. I chatted for a bit, hoping the owls would come up, but they didn't. I left around 4:15. A little bummed because the owls didn't rise in the good light. Yet a bit thrilled because I had some great opportunities with the Northern Harriers. I'm thinking I may head back over there again this weekend. 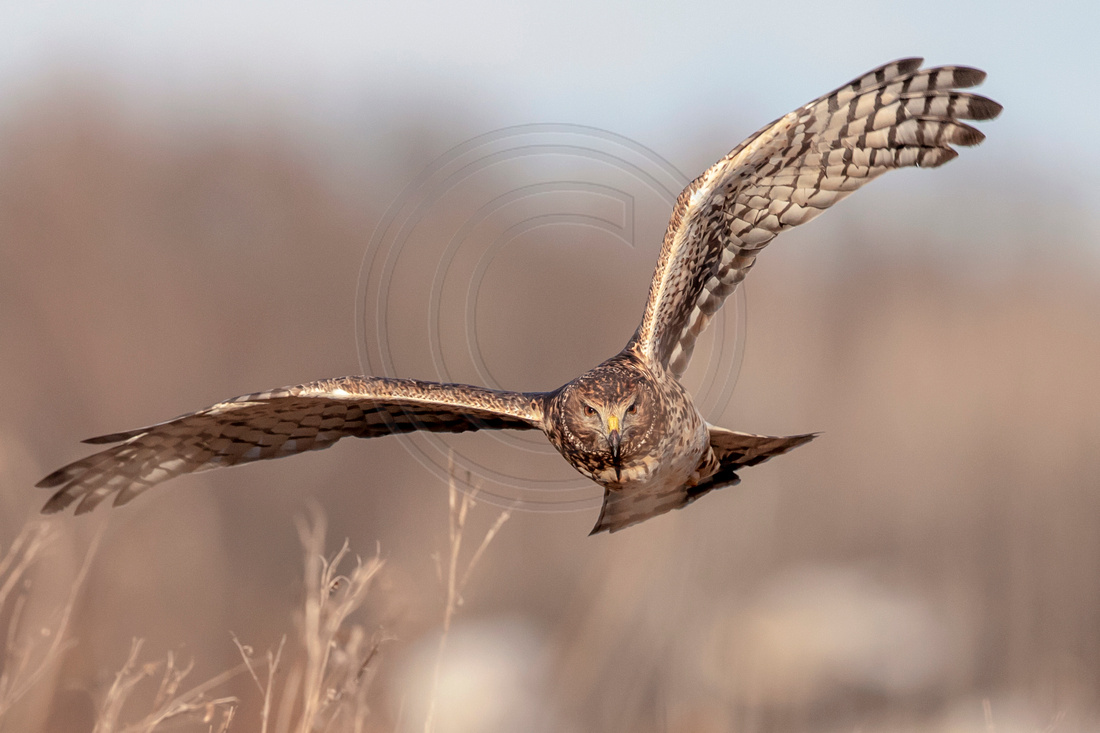