Life has been so hectic and so busy and so the boyz and I decided to sleep in. It was roughly 9:15 when we rolled out of bed to pull the drapes aside and find the sun shining. The sky was the prettiest blue I've seen in what seems like forever, so I quickly took care of the dogs and got myself ready so I could head out.

My first stop was to walk Vassar Farms and as I went to go in I spotted a sign stating that they will be closed from 12/23/18 - 1/20/19. It said not to try and enter at any of the trail heads or violators will be prosecuted. It was a very strict sign and I was so sad that my favorite "go to" place would be closed for a while. Briefly I was at a loss of what to do, but then I decided to go hit up a few of my favorite locations in Poughkeepsie.

I stopped at two places before going to my favorite park where I ran into my buddy, Bob. I first met him at the pond and we walk continued to walk the grounds. We saw four distant bald eagles and several distant hawks. The only photographic highlight was a squirrel perched in a tree eating a nut. Most people wouldn't be too excited over that, but I was because it was sitting in a fantastic spot (with no branches obstructing the view) and the sun hit it perfectly. We took a few photos and then continued on our way.

After Bob and I walked the grounds of the park, I figured I would head out and check on a couple of other favorite local spots. The first place had a bunch of gulls, so I sat and enjoyed them. It was funny to watch them pick at the ground and throw the leaves around. Periodically one would fly and move to another spot and I got to enjoy one take a bath and flap its wings after. I stayed for roughly an hour, hoping that another animal would join us, but not much more happened so I continued to one last spot of the day.

At my final location I spotted a red-tailed hawk fly from the ground to a tree so I found a place to park my car and got out to walk the grounds. The hawk must have spotted something in the woods because as I was walking I saw it fly deeper into the woods. The pond had a pair of swans and a ton of geese. I thought of going over, but I didn't want to disturb them so I watched from afar for a bit and then decided to head back to my car. As I was walking I caught a glimpse of a red fox out of the corner of my eye. As soon as I noticed the fox, it noticed me and ran off into the sun, giving me no opportunity for a photo. It looked very healthy and I hope to see it again.

Although I was all over the place today, things were rather slow. I didn't see anything too exciting, but I was very pleased with my photo opportunities with the squirrel and the gulls. It was a tough choice on which photo to use for the blog, but the gull won!

Happy Holiday's and a huge thanks to all of you who follow me! 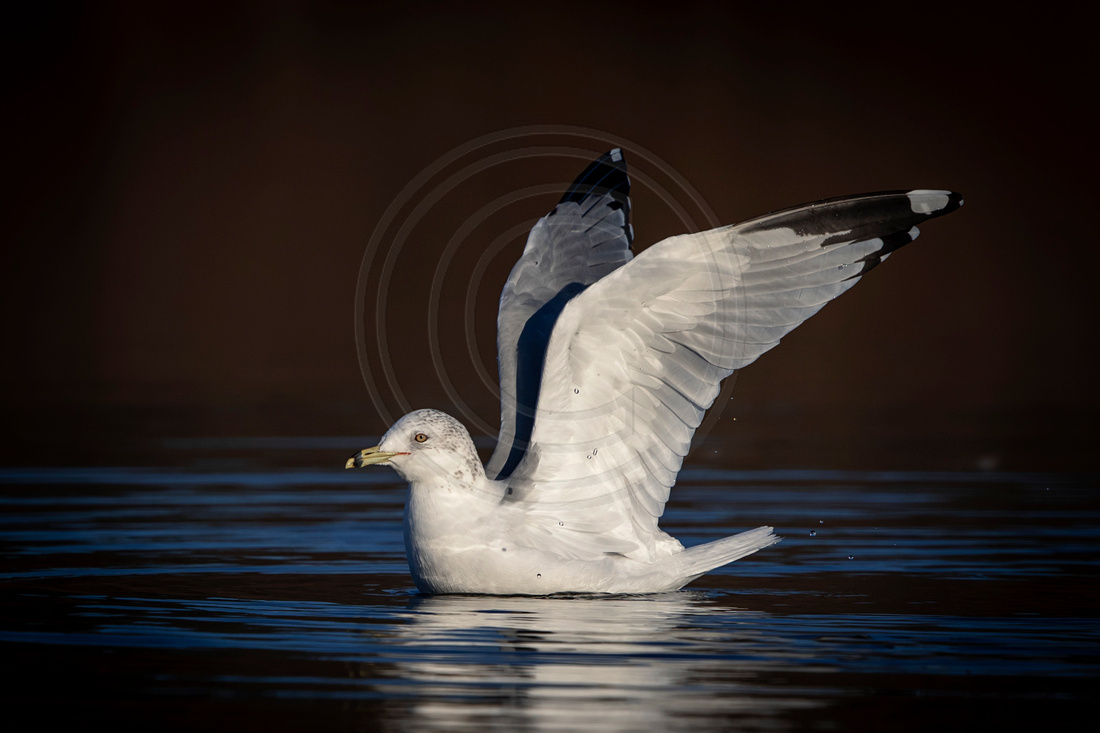