I got up early today and headed out to Vanderbilt Mansion thinking that today was the day for the free tours. As soon as I arrived on the property I realized I must have gotten my days mixed up because there were very few cars in the parking lot. At first I contemplating leaving and coming back tomorrow, then I figured I might as well do one of the regular tours since I was already there. What a great idea that turned out to be because it was only $10 and there were only four of us in the group for the tour.

The tour was really good as we first entered the mansion through the main entrance in the front. It felt so grand walking up those big steps and entering into the enormous wood doors. We stepped into a small foyer, then the next set of doors opened up into the enormous living room. There was all kinds of wood, marble, beautiful wall sconces and a living space elegantly decked out for the holidays. The room was spacious with a ceiling far higher up than the traditional cathedral ceiling I've ever seen.

The theme of the home was a dark red and gold. Everywhere I looked, I saw those colors. All the rooms on the first floor were blocked off, but we could peak inside and take photos. There was a huge formal dining room that had a dining table to fit 30 chairs and two fireplaces. A tea room which was elegant, yet a bit gaudy for my tastes that was used by Mrs. Vanderbilt. A beautifully decorated study that was used by Mr. Vanderbilt. And a second huge living room.

From there, we went up this beautifully decorated staircase to the second floor. The second floor was just as beautifully decorated as the first floor. Mr. and Mrs. Vanderbilt each had their own rooms, then all the other rooms on the floor were for their guest. Apparently, the room closest to the Vanderbilt suite was highly sought after as only those with highest ranking got to stay in that room.

We didn't get to go on the third floor, but we did learn that the third floor is where all the bedrooms were for the servants who travelled with the Vanderbilt's and the guests with lower rankings.

After we finished browsing the second floor, we took the servants staircase down to the basement. That staircase was a very narrow spiral down and not at all fancy. Well, maybe the banister was a tad fancy. On the way down we got to see the Butler's Pantry and we got a small peak at the elevator that was installed when the mansion was first built and then upgraded when Mr. Vanderbilt was in his 80's and needed it. Our tour guide used it, so it was really impressive that it still works today.

The basement was rather interesting. Half of it was closed off to us, but we were told that behind door #1 was the servant women's washroom and #3 was the servant men's washroom. I completely forget what was behind door #2. Oops, I was busy taking pictures. On the other half of the basement was the kitchen which was used by the chef for the Vanderbilt's as well as the local chef who was hired for the servants. The servants also had their own small dining/sitting space. Instead of a refrigerator, there was a space the size of a small walk in closet that was used as a big walk in ice chest. Apparently Mr. Vanderbilt would have had to fire two servants to get a real refrigerator, so he instead chose to keep the ice box which had to be stocked regularly with ice.

It was really cool to finally take a tour of the inside of Vanderbilt Mansion as I've lived in the Hudson Valley area for more than half my life and I used to walk the property ALL the time with my dog Jasmine.

If you're ever looking for something to do on the weekend, you should head over and take a tour. It doesn't cost much, the tour last just over an hour, and it is pretty cool. Our guide did a wonderful job summarizing the history of the property as well as the generations of the family before the mansion was built on the property. Some of the facts were pretty cool and yet other aspects were pretty interesting. What a very different lifestyle and culture!

The photo I've decided to choose for my blog was from inside the Guest House / Museum. If you're liking the looks of this, then you really need to go on a tour of the mansion! 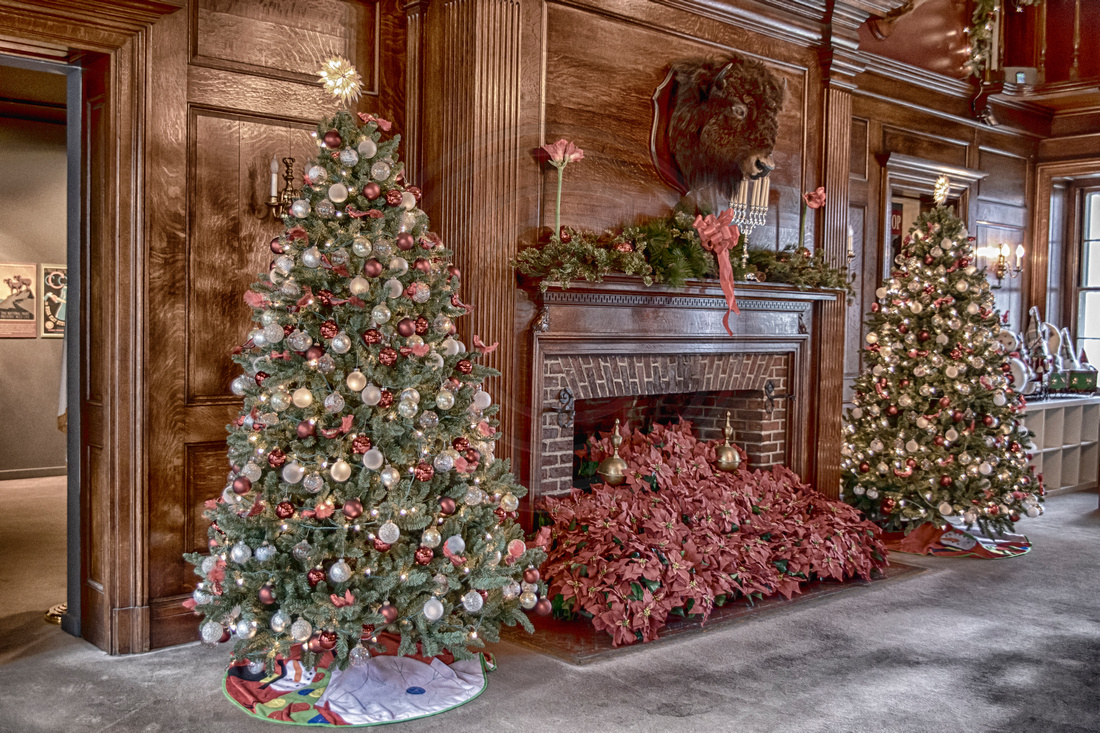