We arrived in Maryland yesterday, just before the storm began and so we checked into the hotel early and spent the day goofing off. It was a bit boring, but at least we didn't get caught driving in any bad weather. We contemplated going to the dam first, but since we knew it would be a wintry mix (including ice), we opted out from going.

This morning we got up super early and headed out around 6:15, arriving at the dam at roughly 6:45. Because the light wasn't yet good, we took our time getting into position and getting set up. Once set up, we realized there was a great blue heron sitting on the rocks below and so we photographed him while the water splashed up on the rocks around him. The early morning light shined on him so nicely, giving us a great opportunity to get some portraits of him. While watching him, I noticed that he looked like he was fishing, so I positioned myself a little further away and with the sun a little more behind myself. I stood and waited and eventually he caught a very large fish. I thought he would eat it in front of us, but instead he took off and flew across the channel with it.

After our nice encounter with the great blue heron with a fish we waited for the next good thing to happen and that happened to be a cormorant with a big fish. The fish the cormorant caught was way to large and so he wound up dumping it back. Shortly after, we had a very close encounter with an immature bald eagle. An eagle who has been named Scooter. I'm not sure who gave him the name or why they gave him the name, but from what I hear he is a two year old who was born at the nest at the dam and is extremely cooperative. I hear that he likes to perch in the trees near us annoying humans and he will come close and put on a nice show. Apparently, they call him "Scooter the Vicious".

My opportunities with the great blue heron, the cormorant and the immature eagle were the biggest highlights of my day, but not the only highlights. There was  a pretty fair amount of opportunities... not non-stop, but evenly paced. The sun shined for most of the day, the winds were moderate, and the temps were tolerable. All in all a pretty good day! 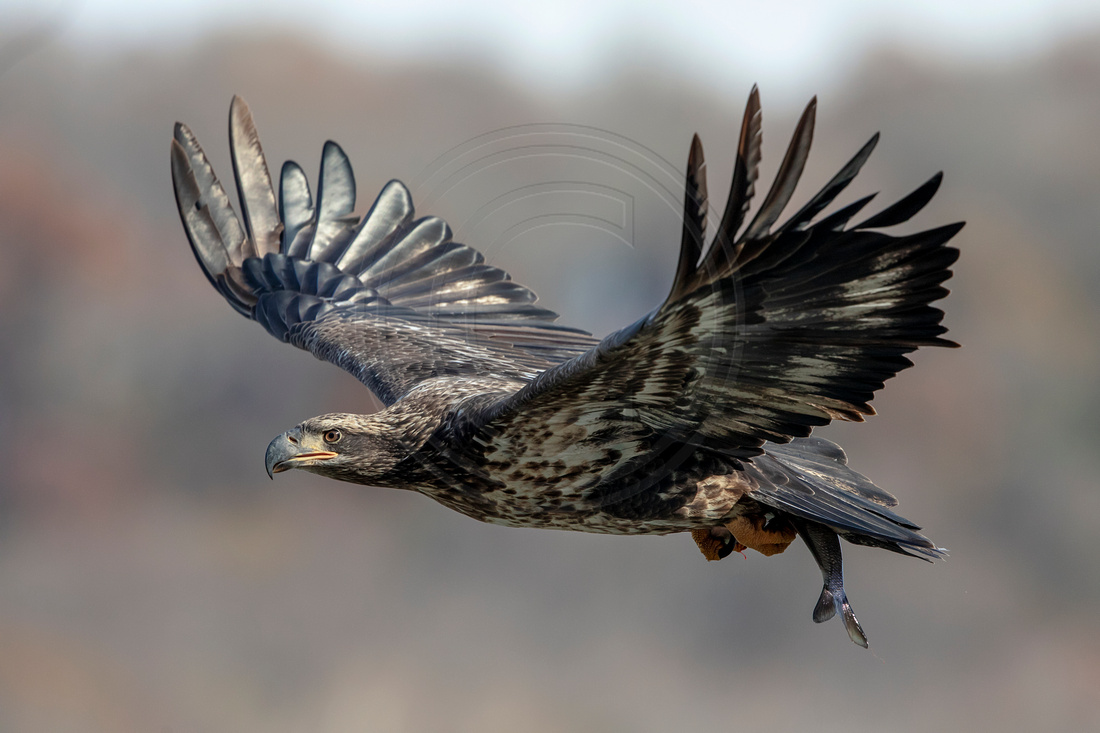