As you all may have noticed, I've been a blog slacker in recent weeks, but that is only because the sun is never out when I finally get some time off of work. This morning started out just like most weekends do with the doom and gloom of overcast and rain. The rain finally stopped by 10:30 and the sun tried several times to peak out, but sadly the overcast took over.

Regardless of the fact that the sun didn't come out today, I decided I still needed to get out with my camera. I first started my day by heading to New Paltz for the Owl Event by Wild Mountain Birds. I was running a tad early for the event, so I decided to make a quick stop at the Mohonk Preserve Gatehouse first. Light wasn't that great and the trees weren't as colorful as I hoped, but it was nice to finally stop and get a photo. I only stayed for a few moments, then continued to the Owl Event.

The Owl Event was really nice as Annie from Wild Mountain Birds had two Barred Owls, four Screech Owls, a Barn Owl, an American Kestrel and a Peregrine Falcon on display. All the birds were so beautiful and so well behaved on display. The Kestrel had a little mouse on its perch for the longest time and never ate it so Annie tried to feed it to one of the Barred Owls. The Barred Owl kept spitting it back out and it was really amusing as a young girl was completely grossed out by the mouse. I couldn't resist giggling every time she said, "ew".

After the event I took a ride over to the Nyquist Harcourt Preserve, but wound up leaving since there was a movie being filmed there and I didn't want to get in the way. From there I went to the Esopus Lighthouse Park, but the tide was high and it was quiet, so I figured I would move along. I headed back to the east side of the Hudson River and made a quick stop at Wayras Park before heading to Vassar Farms. While I was at Wayras, a friend sent me a message to let me know a fox was seen at Vassar Farms so I didn't stay long at the Park before heading over to the Farms.

As soon as I arrived at Vassar Farms, I spotted the fox frolicking in the field. It looked like it caught and ate one, possibly two little rodents. It eventually settled down and curled up for a nap. I waited for 2 hours for it to hopefully get up and play or hunt again, but it never did. I even walked over towards it and it couldn't be bothered that I was there. It looked up at me for a brief second, then put its head back down to snooze. During my time there, it scratched a few times and got up to pee once, but that was all. I eventually was too bored of waiting and the light was getting even dimmer, so I decided to leave.

Although the sun never shined, it was still a nice day out. All the raptors I saw today were educational birds. As much as I prefer to see them in the wild, it is nice to get an up close and personal viewing of them. Even though they live in captivity, they still are so fun to watch as they each have their own unique personality. 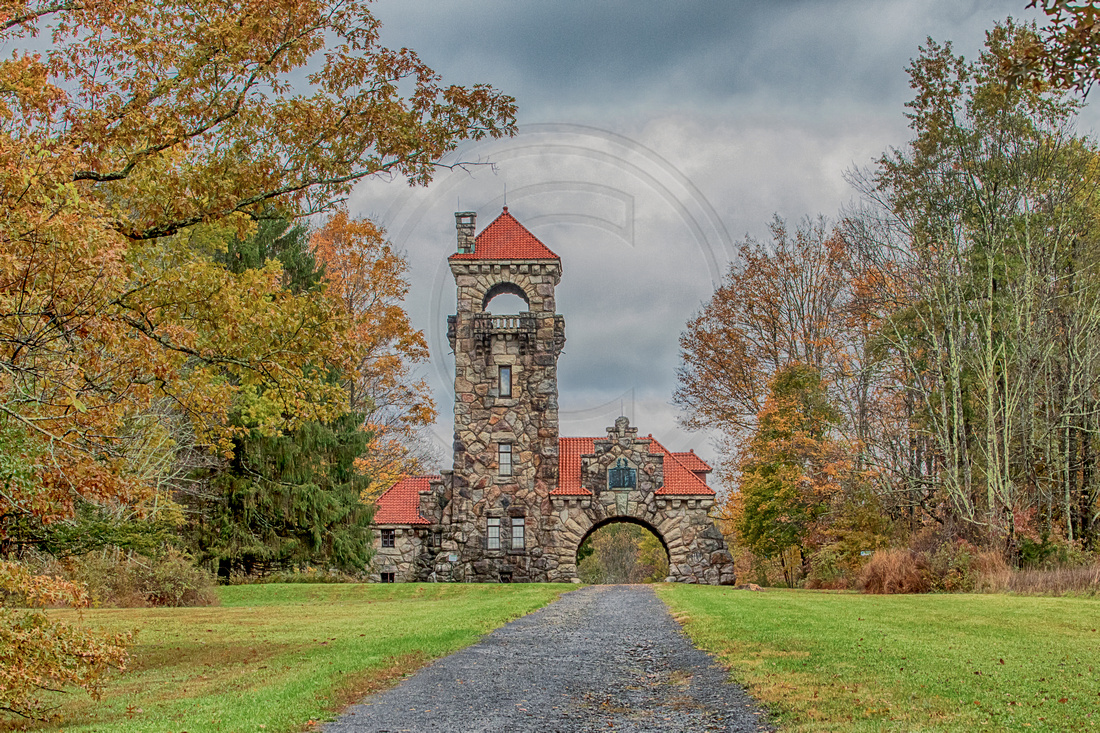