Every year I try to get to the annual Adirondack Balloon Festival for one of the launches. Usually I catch an evening launch, but this time, for the first time ever I caught a morning launch. I was up at 4:30 this morning and out the door by 5:30. For those of you who know me well, and know that I am NOT a morning person, you are not reading this incorrectly. I actually got up and out long before the sun was up.

As I am not a morning person, it was not an easy task to be up and out by 5:30, but I did it. My first stop was at Dunkin Donuts to get coffee, then I proceeded onto my journey to Queensbury, NY for the annual balloon festival. It was very dark for most my drive and I ran into a lot of areas of thick fog. I generally don't drive in the dark, so I took my time and sipped my coffee as I tried to wake up my brain and be ready for the balloon launch.

I arrived at the airport at roughly 6:40 and like always I was amused by the feeling of my car driving on the runway. I've driven on the runway several times now over the years, but I still remember my very first time as it felt like being in a plane just before take off. I know my car doesn't have the ability to fly, but as I drive down the runaway I always get the feeling that there is a possibility that it may lift off.

Anyhow, I got there just in time before the first balloon launched and I did my best to position myself so the sun would be behind me and I could photograph the balloons illuminated by the beautiful rays of the sun. There was a teaser balloon that was up in the air and tethered down. I originally thought that would be the first balloon to go up, but it never did, it stayed tethered throughout the entire launch. I wasn't in position for long when the first balloon ascending into the sky. It stayed close by for a while before moving behind me towards the sun. Then suddenly, out of nowhere they all started to lift and head over me and past me. There were even balloons launching from behind me. I quickly realized that they were all heading to the direction behind me so I tried to quickly move back. Actually, I wound up moving so far back that I was completely outside the airport getting pics.

I enjoyed standing outside the airport and watching and photographing the balloons because this was the first time they ever flew towards me and over my head. All the times I've gone in the evenings, they've always flown away so it was really cool to have them right over my head.

As they went by, the one thing I noticed was that the special characters don't seem to get as high or fly as far as the balloons with the regular shape that we see. Two of the special shapes landed in the field/parking lot just behind me. One of them had a very graceful (prepared) landing, but the other one made me a bit nervous as is looked like it was going to land on a car or possibly even a group of people.

Once the majority of the balloon had gone over my head, I went back into the airport and photographed the balloons that were expanded, but didn't go up. I didn't stay for long after and continued on to stop in at the Lake George Village and I did a quick drive up Prospect Mountain. I got back to camp around 10, spent a little time with my nieces, had some lunch, then was passed out on the couch with my boyz around 12. 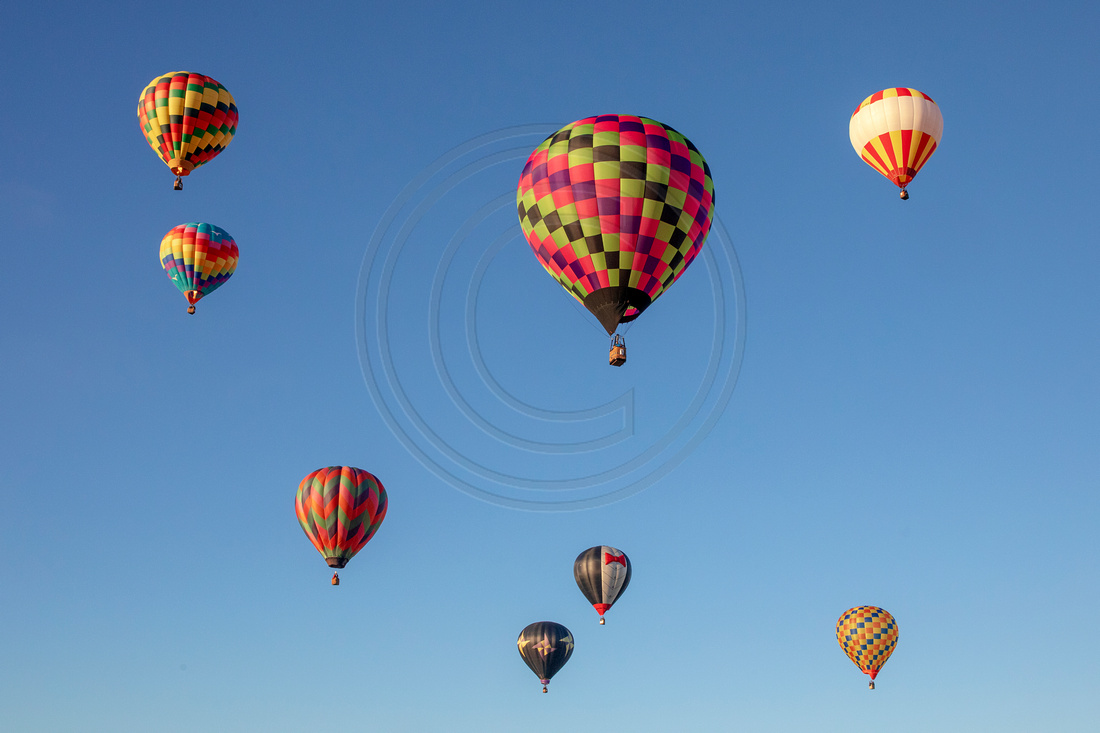