Today was a fantastic day out with friends and photographing wildlife. The morning began a little cool with overcast, but the clouds quickly broke and the sun was shining so nicely by 10 am. With the nice blanket of white snow on the ground, the light reflected so strongly and made everything very bright.

My friends and I started our day by going to Downing Park in Newburgh, NY. The pond was mostly frozen over with two areas of water for the ducks and geese to swim in. We saw wood ducks, mallards, hybrid ducks, canadian geese, lots of gulls and a red tailed hawk who decided to perch in a tree nearby. When the hawk landed, all the ducks quickly fled (while squawking loudly) to the other side of the pond. They did return shortly after the hawk left. In general, wood ducks are extremely skittish and will flee at the sight of humans. However, in this park they are super cooperative. I'm sure that is only because they know the humans will feed them here. In fact, as we were getting out of the car, the ducks and geese all came running towards us looking for a free meal.

One of the funnest things to do at Downing Park is to feed the  ducks and geese since they do appreciate it so much. Most people have the misconception of giving them bread, however, bread is terrible for them as they do not properly digest it and it has no nutritional value. I can't stress this enough, but please "do not feed ducks bread"! If you're interested in going to the pond to feed the ducks and geese, bring bird seed or waterfowl pellets. You don't need anything fancy, a cheap bag of wild bird seed is all you need.

We only spent 3 hours at Downing Park, but I somehow managed to take roughly 1300 photos. After we left, we headed back to the Poughkeepsie are to look for bald eagles. We found them too and had a few nice opportunities with them. In addition to waterfowl and eagles, we also had some amazing opportunities with red tailed hawks and eastern blue birds. It was a magnificent day hanging out with friends, enjoying the sunshine and photographing beautiful wildlife. It was a long and awesome day and now my face is a bit sunburned from all the sunshine and my body/mind are exhausted, so I went home a bit early to kick back and relax with my boys!

I've only gone through a handful of shots and it was hard to choose one for my blog, but I decided to go with a male wood duck ion the ice! 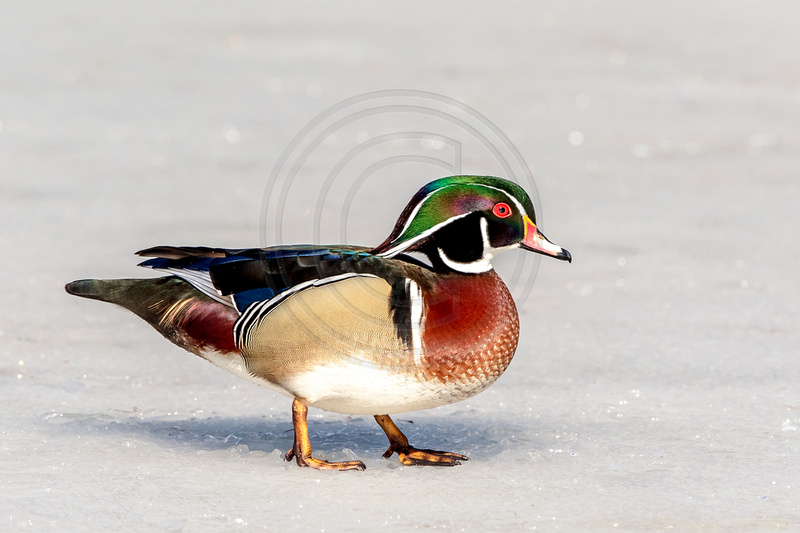