Today was day 2 at the Conowingo Dam and it was absolutely FANTASTIC!

I got up at 4:45 this morning and was out the door by 5:30. I filled up both of my 18 oz coffee thermos's because I knew I would need that extra dose of caffeine.

We arrived at the dam shortly after 6 and the sun had already begun to rise. There was fog coming off the water and birds covered the towers (black vultures, turkey vultures, and a bunch of beautiful bald eagles). There were eagles of many different ages and shortly after we arrived we could hear their chatter as we watched them take off from the towers and begin their day. Fishing started around 7:00 this morning and went on throughout the day. The light was amazing and there was a TON of eagle activity between fishing and chasing each other. We saw eagles catch and drop fish immediately, we saw them catch them and drop them in a chase, and we saw them catch them and get away to go and eat them. We saw them get away with fish in their talons and a few eagles had small fish hanging from their beaks. We even had one in the early morning land in a tree behind us to eat the fish.

By the end of the day I had taken 1913 photo's. Don't fret though, I'm sure I'll be extremely picky and delete a majority of them (only posting a handful).

I may have taken far too many photos, but, I do have to share with you the shot that is probably my favorite from today. I've titled it: "The one that got away!" 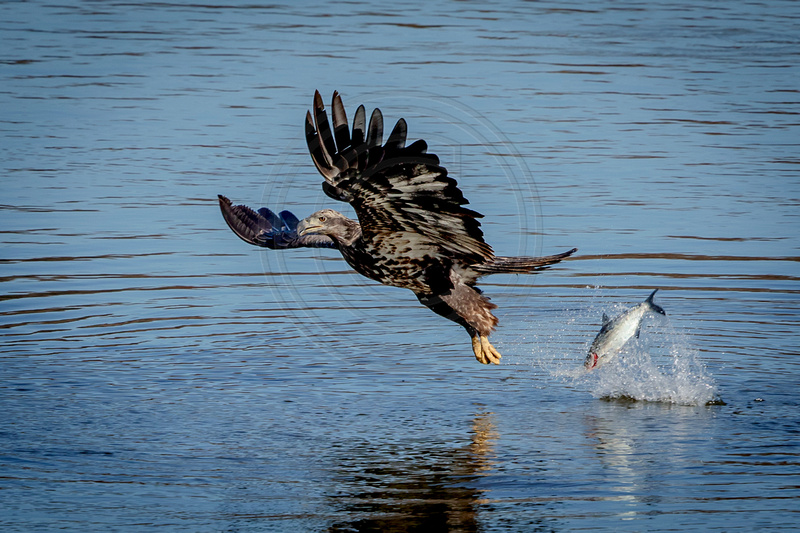