It's that time of year, my annual trip with friends to the Conowingo Dam. YAY

I woke at 3:40 this morning and was out the door by 4:30 to pick up my buddy, Bob. We were on the road by 5 and at the dam by 9 where we met up with our friend, John. Traffic seemed a little heavier than usual, but not too bad as there were no delays.

Other friends were at the dam last week and they commented that there were roughly 75+ eagles. Sadly, we didn't have that many today. If I were to guess it was roughly 30-40. We had a lot of down time with no activity, but when the activity did start there was often 3-5 eagles flying about and making it hard to decide which one to watch. We got to see a little bit of fishing and a bunch of chases.

In addition to the eagle activity, it was fun watching the gulls and the cormorants catch fish. At one point I watched a gull catch a rather large fish in its beak and drop it because it was too heavy. That poor fish was caught and dropped so many times by several different gulls. In the end, I don't think any of them got it because it was simply to large for them.

On three separate occasions I got to see cormorants with fish. The first one was with a smaller fish, then the other two instances the cormorants had caught pretty good sized catfish. The first one dropped his a bunch of times, scooped it back up, and even ducked under water many times to avoid other birds coming at him for his meal. In the end, he never got to eat it because it was simply too large. Later in the day when we saw the next cormorant with a catfish, it had gone through many of the same motions with the exception that it did get to enjoy his meal. It was so fascinating to watch this activity.

Although it wasn't too busy of a day with eagles, there was still plenty of activity to make the day fascinating and fun!

Here is a shot of one of the immature eagles who was doing aerial acrobatics for us! 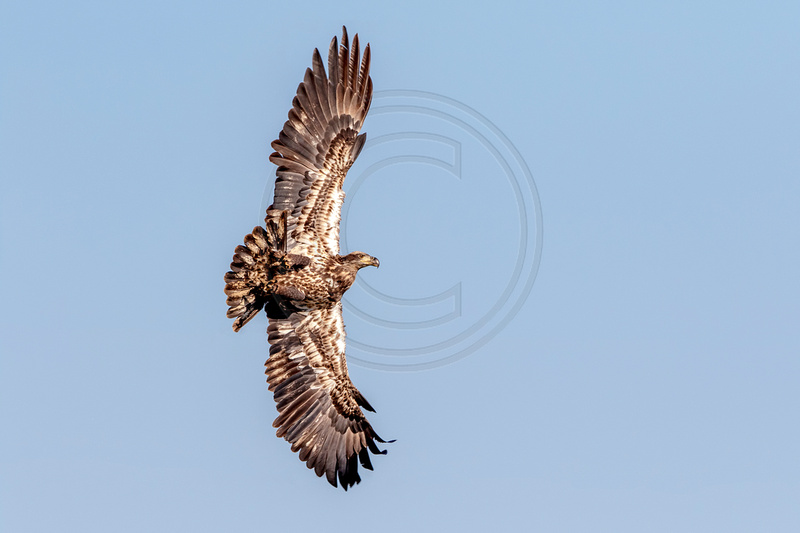