I don't know what the deal is, but all day I've been confused on what day of the week it is. For some odd reason, I kept thinking it was Tuesday. But, it's not, it's Wednesday, it's Hump Day, it's half way through the week day. Only two more work days before the weekend.

Anyhow, I sat down tonight reflecting on my day and what to do this weekend and all I can think is how much I've missed the snowy owls this winter. Last winter was an irruption season, meaning that we had a large population of snowy owls who travelled from the Arctic Tundra to the Northeastern region of the United States. We get them every winter on Long Island, but I have no interest in driving there, so I only see them when they hit the Connecticut shore, which often times only happens during irruption years.

The photo I chose to share today is very special to me for many reasons. The first, of course, is because it is a snowy owl and it is so rare when I get to see them. That in itself is an amazing and special moment. However, the second reason this photo is so special is because usually there are a ton of photographers lined up to photograph a snowy owl and I got to sit and watch this snowy owl for well over an hour all by myself. When I first spotted it, it was sitting on the ground with a messy and partially obstructed view, but that was ok to me because no matter what, it's a special moment. With that, I sat down on the sand and quietly watched. There was a small tree stump roughly 10 feet from the owl and I just kept looking at it and wishing the owl was sitting on that instead of the messy area it was sitting. After a good 15 minutes of hoping, the owl took a few steps towards the stump and hopped up. Wow, I couldn't believe my eyes, it was like a miracle and a special moment between only me and the owl. While on the stump, the owl preened, stretched, and napped. Periodically I got some opportunities to photograph with partially open eyes, but not full wide eyes as the owl was comfortable and relaxing. After some time others spotted me watching the owl and joined in. By that time, I had lost what was left of the little bit of gloomy day light and so I moved on and went back to the first owl I had seen that day, which was in the direction of the parking lot. There were a bunch of people there and roughly 10 minutes of me sitting down next to two other photographers, the owl lifted off to begin the evening hunt. It was a great day to spend time with two owls, but even better to have one all to myself for a while.

Snowy Owls spend spring through fall in the Arctic regions of the Palearctic and North America and breed mostly in the Arctic Tundra. Their diet in the tundra consists mostly of lemmings, just like with short-eared owls. However, when they are in other areas, they will adapt to whatever prey is available, which could be small mammals or birds. In winter months they migrate south, often times hitting the Northeast region of the United States and during irruption years, they show up in large numbers and can be more easily found. They say irruption years tend to happen roughly every 3-5 years and the reason behind the irruptions is because lemmings were plentiful and that assisted in a really good breeding/nesting season. Resulting in a higher number of hatchlings and fledgling. Those of us in the Northeastern region of the United States absolutely love irruption years.

This here is clearly one of the reasons why I love winter in the Northeast. 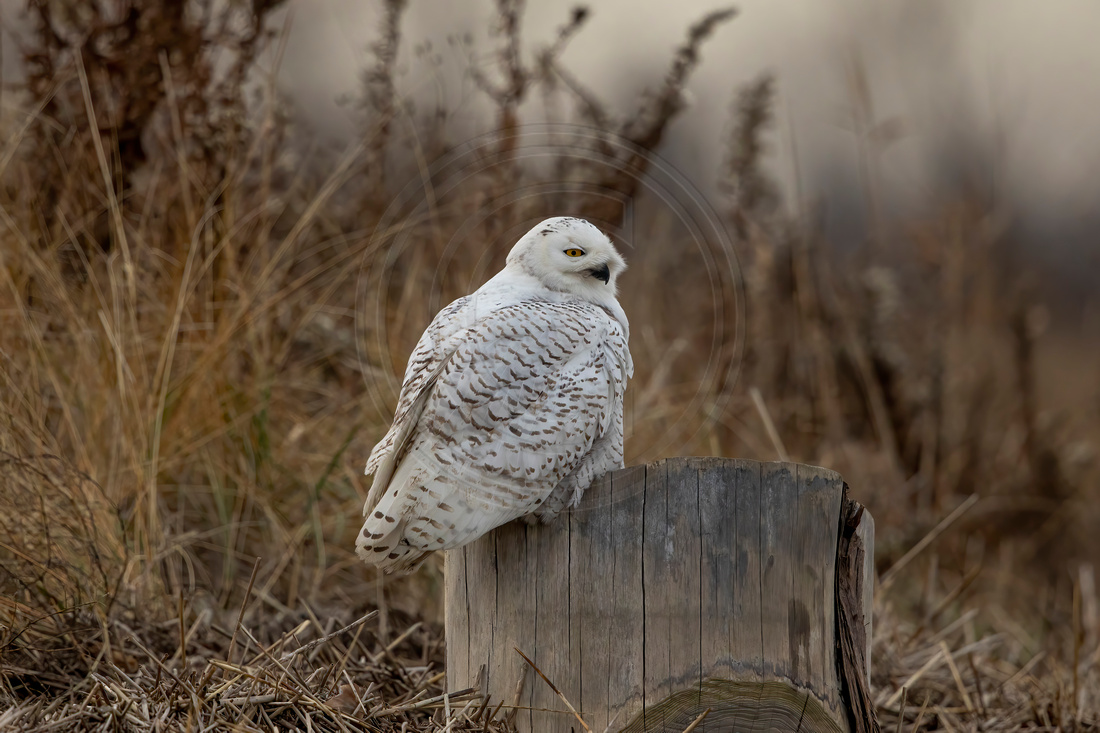 Snowy OwlA snowy owl sitting on a stump on Long Beach in Stratford, CT. This image was taken by Debbie Quick from Debs Creative Images.