I'm just loving this lazy Saturday morning after working all week. It's overcast, drizzly, and cold here in the Northeast and I'm just chillin in my warm home in the comfort of my soft jammies. The plan is to eventually get moving and meet up with a friend later, but for now, here I am relaxing and working on my photography.

My trip to Florida was spectacular and it is so hard to choose just one photo to share each day, but here it goes. Today I decided to share an image I took of a juvenile yellow-crowned night-heron. This youngster and its parent was coming and going from one of the areas I was hanging out at while at the Green Cay Wetlands. They made several appearances and even perched for a while in a tree above where some anhinga and green heron were nesting. The trees were large in this area, so they were high enough to not disturb the other families. Watching them was fun and I'm glad they put on a show one of the mornings I was there as that was the only day I saw them. I kept hoping they would land in the dead tree that all the other birds and the one iguana would hang out in, but that never happened. They did give many nice opportunities for photos, so that made me just as happy.

Yellow-crowned night-herons are a small a stocky heron that can be found in the Americas in the same types of areas other herons can be found: wetlands, marshes, mangroves, ditches, fields, forests, and swamps. They are wading birds that are often along the edge of the water foraging for food and will also perch in trees. Pictured here is a juvenile and they take roughly three years to acquire the markings and colors of the adults. Yellow-crowned night-herons winter in the warmer climates, but will migrate north when the weather gets warmer. Their diets consists mostly of crabs and crayfish in the coastal areas. They'll also feast on on insects, fish, frogs, and mollusks. Those residing on inland waters may have a more varied diet. They are a more solitary bird and they are generally more active at night, so I was very pleased to get a nice show for a few hours one morning. 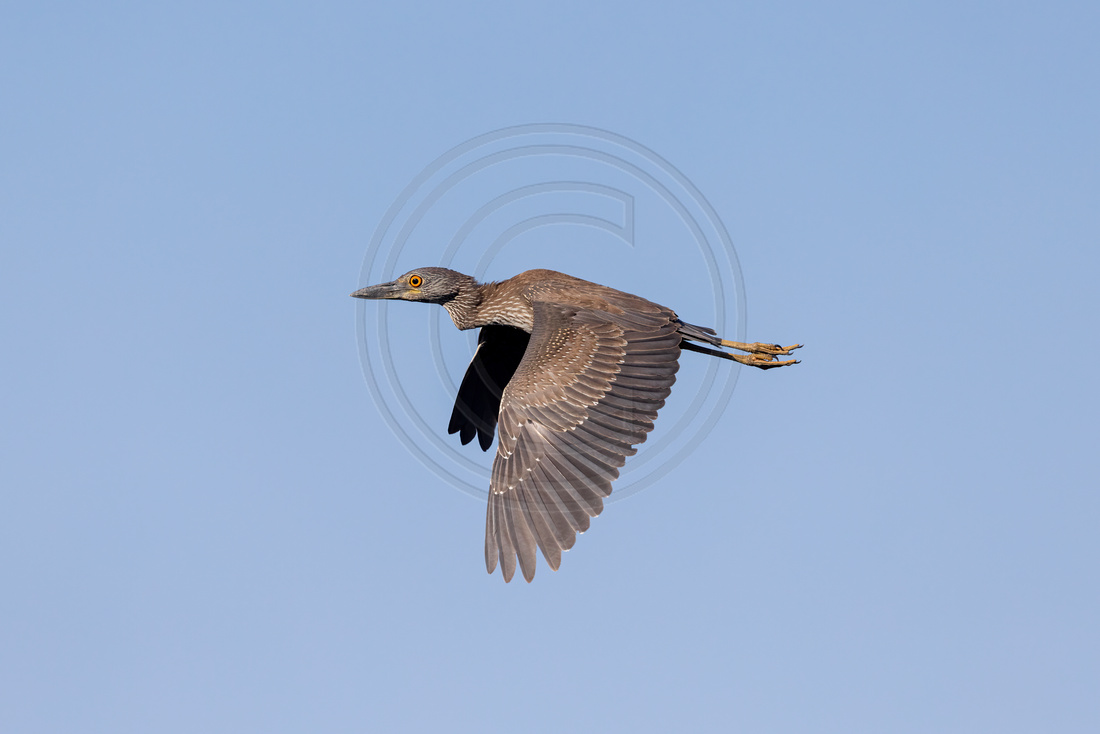