Today was my first day back to work after a very nice 17 days off. The time off was great as I got to relax, be lazy, hang out with friends, visit with family, go out with my camera, and work on the pics I took in Florida last April. I'm finally making progress on those photos and am getting close to being finished going through them.

As I mentioned in yesterday's blog, I went to a bunch of different locations while in Florida. However, what I didn't say is that one of my favorite spots was the Green Cay Wetlands and Nature Center in Boynton Beach. The nature center was big and had a lot to offer: information about the wetlands, programs and events, a gift shop, a live screech owl on display, and so much more. The best part though, was the 100 acres of wetlands and a 1.5 mile boardwalk that looped around and through the wetlands. The boardwalk went through various habitats and offered amazing opportunities to photograph many different varieties of wildlife. I got to see shore birds, wading birds, ducks, songbirds, alligators, iguana's and so much more. I even had the opportunity to see nesting birds and the various stages of the different young birds. Some of the birds were still sitting on their nests, some were beginning to branch, and some had even fledged. I'm not even sure how many different species of birds I saw, perhaps at some point I'll go through my pics and do a count.

One of the fascinating birds I had the pleasure to see was a pileated woodpecker that landed on one of the dead trees not far from the boardwalk. It was such a great opportunity as this was the first time in all my years as a wildlife photographer where a pileated woodpecker cooperated so well for me. It hopped along the branches, pecked at the tree, left and returned a couple of times, and even had a little conflict with an anhinga.

The pileated woodpecker is the largest woodpecker in the United State, very beautiful, and can usually be found in wooded areas. They can be found year round in the eastern and southeastern part of the United States as well as in the southern areas of Canada. Their main source of food is ants and insects which they find when pecking at trees and leaving behind rectangular holes. Those large holes they make often provide shelter for other birds such as: owls, swifts, bats, pine martens, and ducks.

Seeing the pileated woodpecker up close and to get opportunities to photograph was one of the many highlights of that particular day. I have so much to share and will do my best to do so over the next few weeks.

Thanks for following and be sure to return to see what I post next! 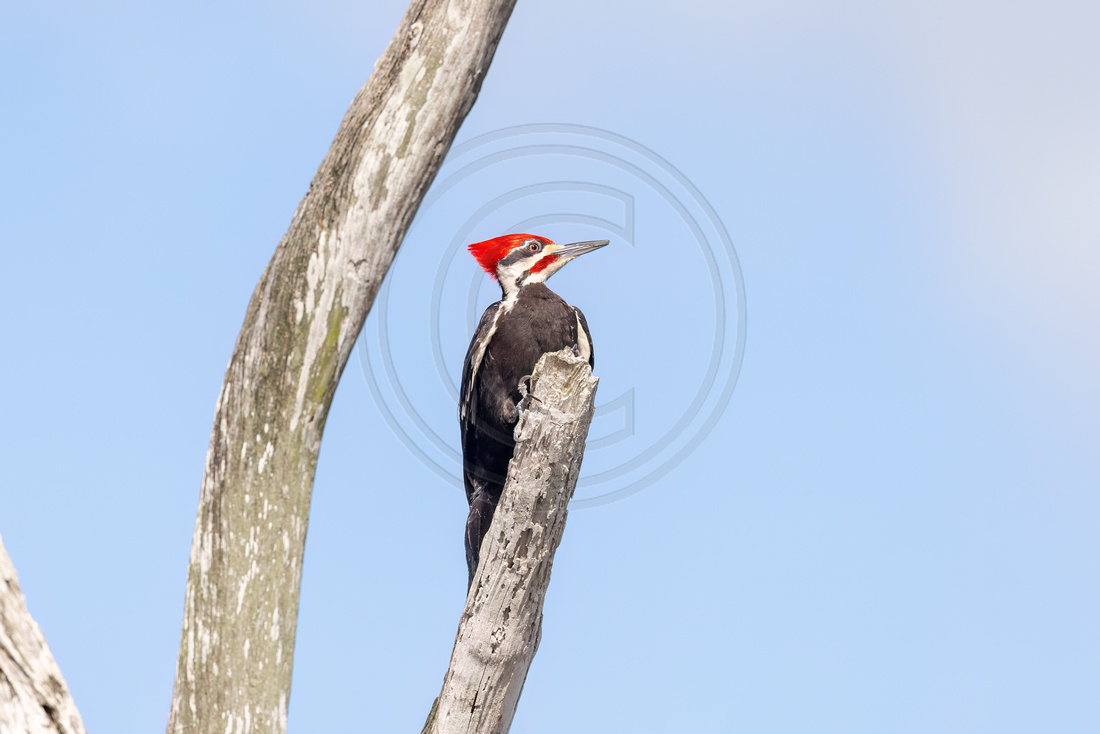