What a gorgeous day today was! It was so nice to finally have a day off with blue sky, sunshine, temps in the mid 40's and subjects to photograph.

I got up early and headed out to pick up friend Jack. Before we got on the road to head down to NJ, we made a brief stop to check on the local bald eagles we watch. There was no activity with the eagles, so we wound up grabbing our friend Bob and the three of us headed out to NJ to test our luck with a pair of Peregrine Falcons.

As always, the falcons did not disappoint. They were active throughout the day and several times chased other raptors (another peregrine falcon and a red-tailed hawk). They even mated once for us, but it was way too distant and it horrible light. Not all moments were photographical because we were shooting into the sun, but it was still fun to watch. Both the male and the female gave us a few nice opportunities for pics which was rather fun. At one point the female sat in a perfect spot on a dead tree with the beautiful blue sky behind her. She is so tolerant and just sat there looking around at all the activity of people walking and the dogs. She didn't seem overly thrilled with the dogs, but she didn't flee either. In addition to watching her look around at the activity, she stretched and gave us photographers her fist!

We all took a ton of shots of her sitting in the tree. Probably way too many as she sat for so long and we just kept shooting. Eventually, she turned her back towards us so we moved to another angle hoping that whenever she took off she would head towards us. Sadly though, when she did eventually take off, she went in the opposite direction and headed across the river. We waited a while to see if she would return, but she didn't, so we left feeling very thankful about how great of a day it was! 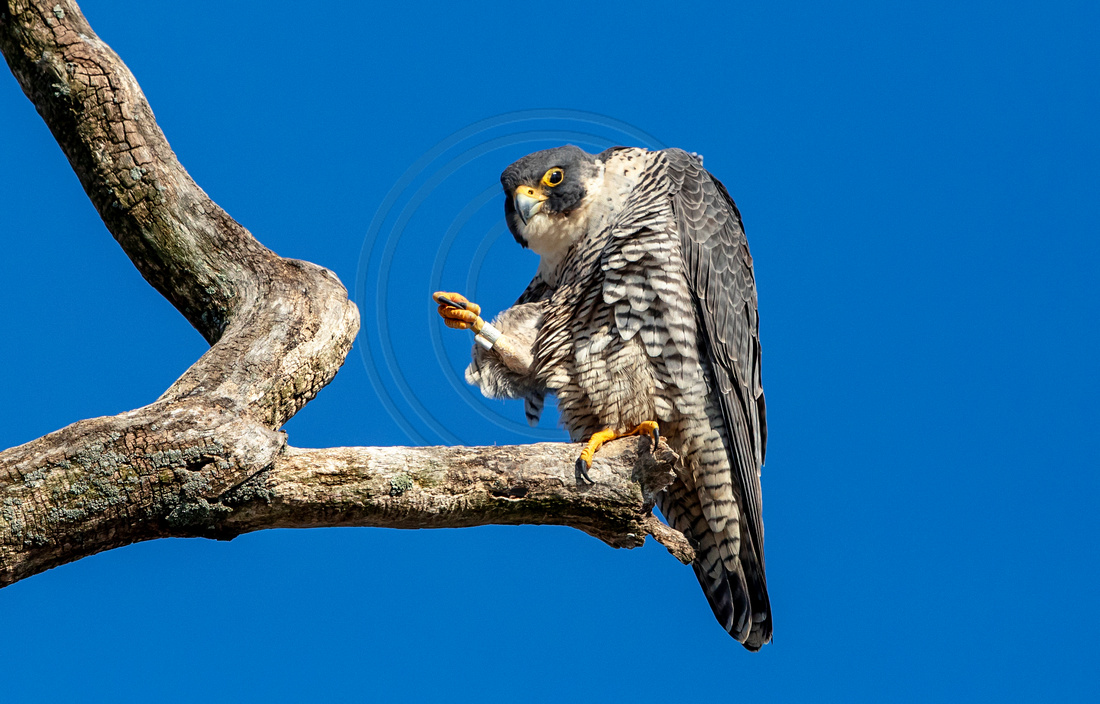