For the past few months there has been a beautiful male Mandarin Duck hanging out in Central Park and today I finally had the opportunity to go down and photograph it.

A few of us met at the train station at roughly 9:30 to catch the 9:50 train. We boarded it and headed out on time. Upon arrival to Grand Central Station, we stopped to get Metro Cards and then proceeded to catch a bus up to the park. When we first arrived at the park we had an opportunity to photograph an adult red-tailed hawk, then we proceeded to the pond to look for the Mandarin Duck. We had no luck spotting it, and then a woman mentioned to me that it was hiding under some brush, so we waited for it to come out. While waiting, we took a walk around to look for other wildlife to photograph and found some small birds and squirrels. Eventually we made it back to the area of the Mandarin Duck and waited some more. It eventually came out for a swim and swam three times for us over the remainder of the afternoon. It was a beautiful sighting to see and the people standing around were all in awe each time it made an appearance.

In addition to the Mandarin Duck we had opportunities to photograph an American Coot, male Wood Ducks, Northern Shovelers, some songbirds, squirrels and the red-tailed hawk. We even saw a Black Crowned Night Heron, but he didn't cooperate for photos.

The Mandarin Duck was a really amazing treat as they are rare to our area. They were originally native to China and can now be found in in South East England, North England, Wales and Scotland. It is a medium sized, exotic looking duck that perches in trees over water. Their diet consists of insects, vegetation and seeds and they generally reside on park lakes and other wetlands with overhanging trees.

Although the Mandarin Duck originated in China, they are now an endangered species in China due to large-scale exports and the destruction of its forest habitat. It is estimated that the population of Mandarin Ducks in China are now well under 1000 pairs and Japan has roughly 5000 pairs.

Just like the Wood Duck, the Mandarin Duck nests in tree cavities that are up high and a long way from the water. During incubation, the female does all the work. Once the ducklings hatch, the female will coax them to jump from the nest and head towards the water. At that point, the male will join them again and assist in protecting their young.

It was a fantastic trip to NYC and I'm thrilled that the Mandarin Duck gave us fantastic opportunities for photos! 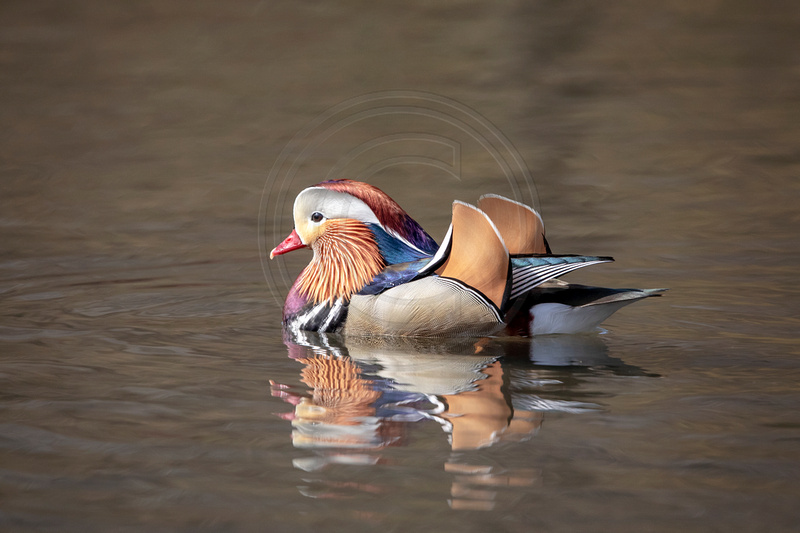