After my long day on the CT shore yesterday, I decided to take things easy this morning. My dogs and I slept until almost 8:30 and I took my time getting my gear packed up and hitting the road. The weather forecast for the day was mid 40's and sunny, so I knew I had to spend the afternoon out. I had a few places in mind and eventually decided I would head south and look for eagles on the Hudson River in the Westchester County area.

I first stopped at Fleischmann's Pier, but the whole area around the pier was completely iced over and the eagles were sitting extremely far out. There must have been 8-10 of them out there, but too far. Since I didn't think the opportunities would be good, I left and headed for Verplanck. As soon as I arrived, I spotted some of my photography buddies and set up with them and chatted. We saw many eagles, but they were all way too far out for photographs. The gulls however, were very close, lit up nicely by the sun and very active. As we waited and hoped the eagles would get closer or do something cool, I had fun photographing the gulls. At one point one of my friends spotted a harbor seal. She got a couple of shots of it before it ducked back under water and moved further out. We could see it periodically pop out of the water, but it stayed distant after my friend first spotted it.

Eventually we all decided to pack it in and head down to George's Island. There were 10+ eagles there, again all very distant. At one point there were 6 of them flying and two sets of juveniles chasing each other and interacting. It was really fun to watch, yet no good opportunities for photos because they were distant.

Although I went down there for eagles and didn't get any decent eagle shots, I'm not at all disappointed because the gulls gave a great show! I've decided to use one of my shots of a ring-billed gull (at least I believe that is the type gull it is) as my blog. I've titled it "Gull Reflections"!

Thank you for following my blog! I hope to get some new and interesting posts out there this year! 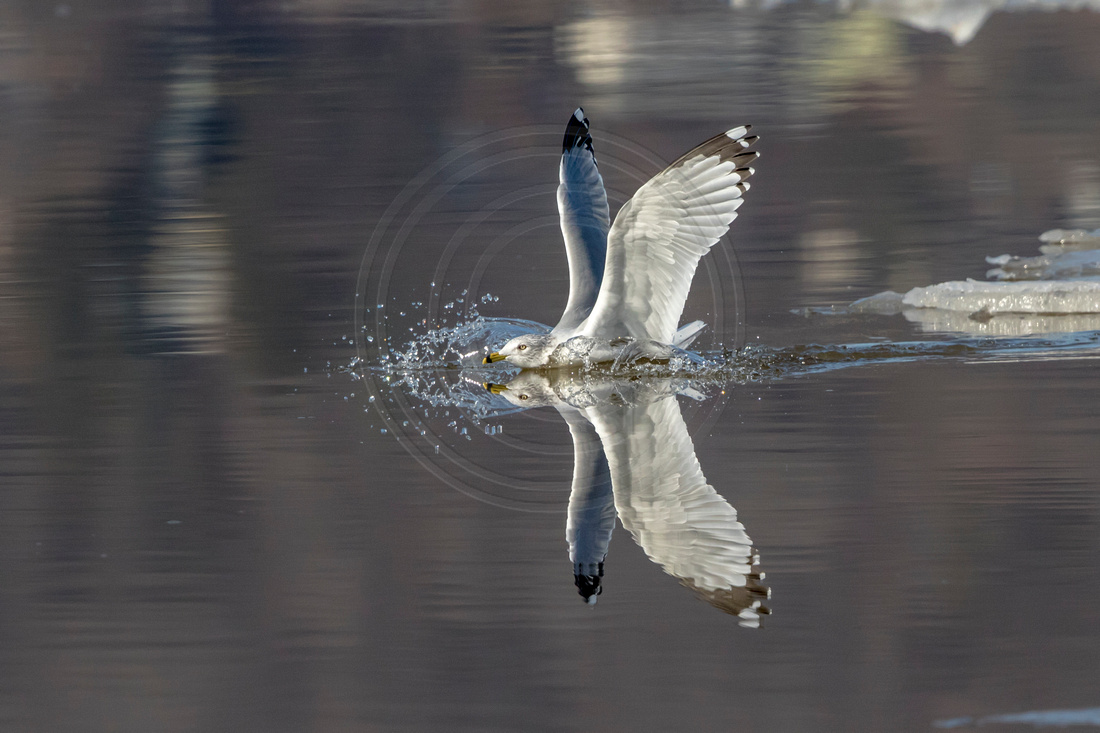