Tricolored Heron on the move

Hey everyone! How is your week going? Mine is good, it's going fast. Things have started to pick up at work and I'm getting back into the swing of it. Naturally, the first week back after time off is brutal, but I seem to be holding my own.

I keep thinking about my trip to Florida last April and how much fun it was. I've contemplated going again this winter, possibly in March, but I'm hesitant as I'm still going through my April 2022 photos. I have such a tremendous backlog, which is a really good problem to have because it means that I've clearly had fun out with my camera. I'm even finding that going through my pics months after taking them is so much fun because it brings back the memories of my time spent out there and I'm surprised with shots that I didn't realize I had.

Keeping with the theme this week, I have another shot from the Green Cay Wetlands in Boynton Beach, Florida. It is a shot of a tricolored heron. I had the pleasure to watch several of them each time I went to Green Cay. They stayed relatively close to the boardwalk as they were hunting for food. It was a small bay area and they would try a spot for a few minutes, then move to another. Although there were several there, I tried to focus on one at a time so I could catch the movement and get some shots of their wings spread for the movement. They were so pretty and yet so goofy to watch.

Adult tricolor herons are really pretty with feathers that are blue/gray, purple, and white with long lanky yellow legs. They are a medium sized heron with a long thin neck and small head. They can be found in marshes, lagoons, mangroves, on the edges of rivers and lakes, walking in grassy areas, and perched in trees. Their diet consists mostly of small fish, but they will also eat insects, reptiles, worms, leeches, worms, or any other small edible object in the water. They have a very large region and can be found in the northeastern United States, along the coast of the south, the Caribbean, the Gulf of Mexico, and even in the northern part of south America.

As you can see here, the tricolored heron is beautiful and fun to watch. Although a bit slow moving, it's worth having the patience to sit and wait for them to make a move.

Enjoy the remainder of the week! 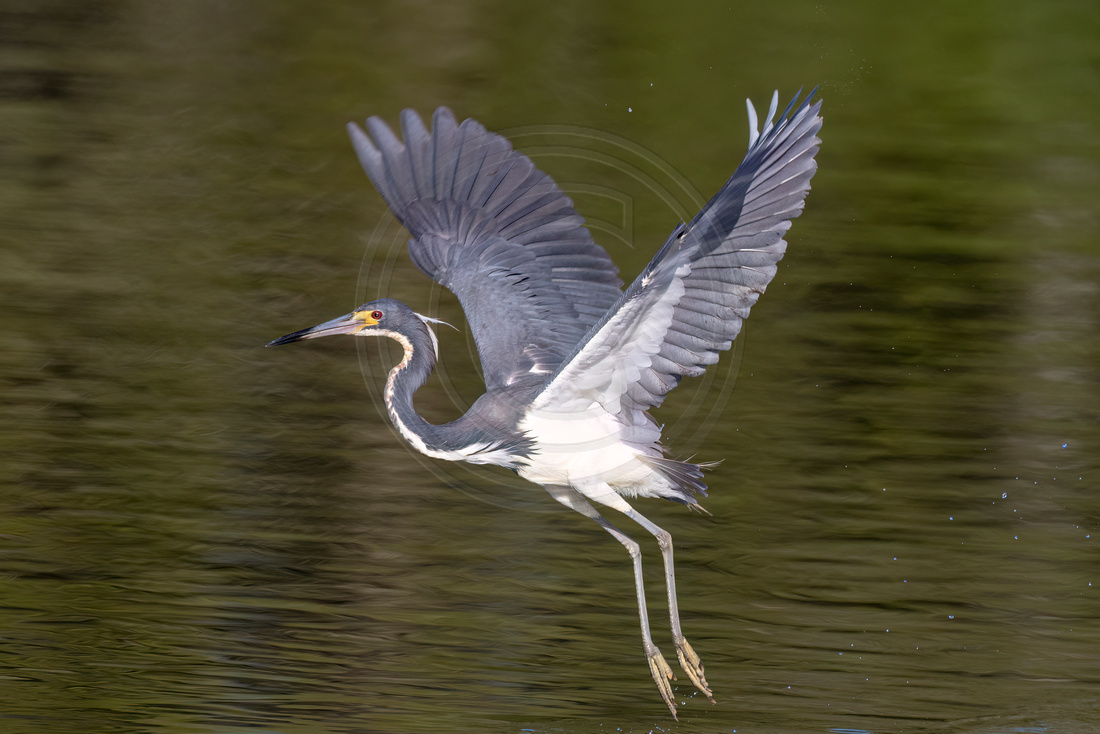