It's Wednesday, Happy Hump Day to you all. I was so excited when I checked the weather this morning and saw they were predicting three inches of snow. As much as I don't necessarily like the cold, I absolutely love the snow. The gloomy winter always looks so much prettier when everything is covered in a blanket of glistening white snow. Plus, the wintering owls are always so much more cooperative after a good snowfall. Simply put, snow is a huge plus for anyone who does wildlife or landscape photography. Unfortunately, we did not get the snow they were predicting. It's been such a bummer of a winter as we haven't had a single good snowfall here in the Hudson Valley.

This mild winter is really making me miss camping season because I don't have my usual winter distractions. With that I decided to browse through pictures I've taken at camp and found a cute one of an animal that gets under my skin. The red squirrel. In past years I would see one here and one there. When I saw them, they were cute to watch as they didn't show up that often. However, last summer they completely took over throughout the campground. They were very aggressive little critters and they chased off the chipmunks and the birds. They were simply everywhere and they were being incredibly destructive. They would pee on my outdoor furniture, one bit through the plastic bin I put the bird feeders in at night, they would try climbing up my screen door, and one was persistent about trying to take up residency in the underbelly of my camper. What some of us were experiencing with them was awful and so I've been praying all winter that they move on and I get my chipmunks and birds back when I get up there in May.

Red Squirrels are also known as tree squirrels and can be found in North America, Europe, and Asia. They tend to be solitary animals that are extremely territorial. They mate twice a year and will either build nests in a fork in a tree or take over woodpecker holes or tree hollows. If they survive their first winter, then they have a chance to live 3-7 years.

Although red squirrel may look cute and sweet, they are nasty little critters. My enemies! 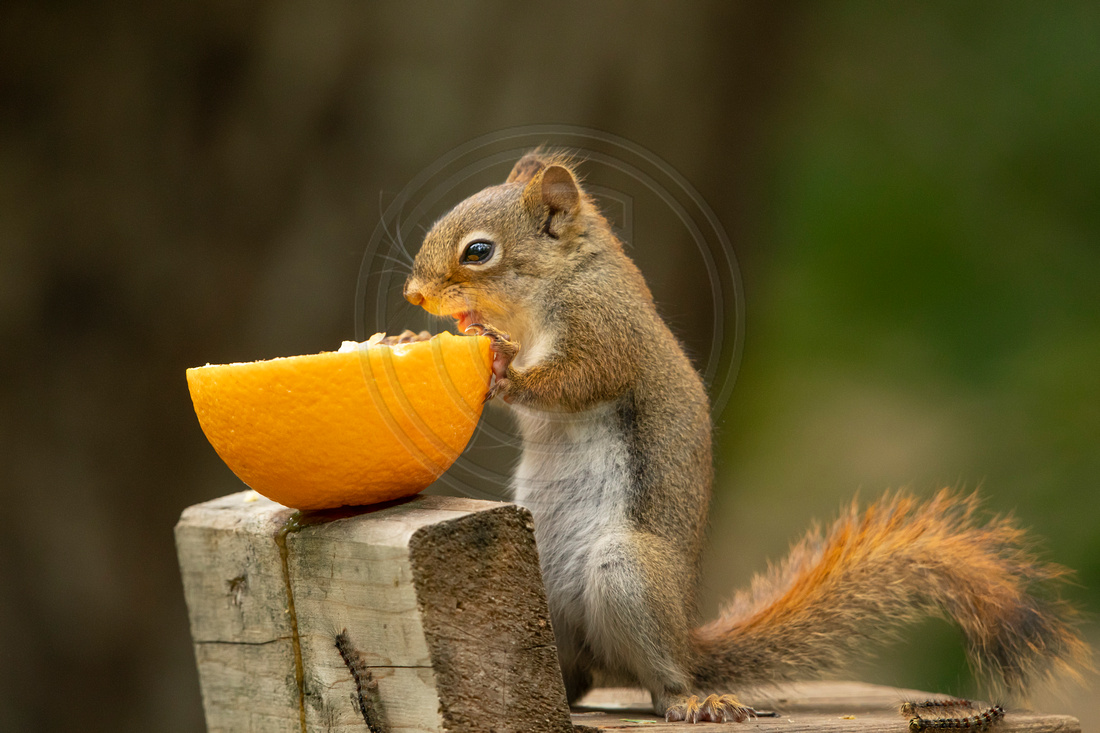