I'm so bummed I missed a blog post yesterday, but it's been a tough week. I'm so glad tomorrow is Friday and this week will soon be behind me.

I was scrolling through my photos and came across some shots I had taken of Canada Geese and I just knew I had to share one of those today. I took these shots in March '22. It was a bit of a cool day, but the sun was shining and it felt beautiful. My first stop of the day was along the Wappingers Creek in the Poughkeepsie area to look for Bald Eagles. I found a couple, but they mostly stayed distant. While I waited and hoped for eagles, this pair of Canada Geese flew in just off the shore from me and were bathing. They hung around for a good half hour and put on a nice show, giving me a great opportunity for photographs. A few times they came in a little too close and I had to back up in order to fit them in the frame. It was a nice morning and I enjoyed hanging out with them.

Canada Geese are often times a huge nuisance. Especially during nesting season when they spend a lot of time on land, pooping all over the place and being aggressive towards humans. I remember one day going out to lunch with my friend Tim, and when we returned there were a bunch of geese near the entrance of our work building. We both ignored them and started to approach the building, when suddenly one of the geese decided to run after me. It's now a comical story to tell as I was running from it, towards the door of the building, yelling.... "HE'S CHASING ME, HE'S CHASING ME"..... It probably doesn't sound as funny in the blog, but when I look back and think about the moment, it sure was hilarious.

Canada Geese are native to the arctic as well as North America. During migration, they can cross the Atlantic and be found in Northern Europe. Their diet consists mostly of plant material or marine algae, however, they will also eat small insects and fish. Canada Geese will generally find a mate in their second year of life and will generally mate for life, living amongst other geese and ducks. They tend to nest on elevated land or on a beaver lodge near water (lakes, ponds, creeks, etc). Both parents will take care of the eggs and incubate them, with an incubation period of roughly 24-32 days. Once the eggs hatch, the goslings are immediately able to walk, swim, and eat on their own. However, they do stay with the parents and will often line up to following the parents around. Hatchlings are super cute little yellow fuzzballs, but they do eventually grow to be the pretty, yet annoying adults they came from.

For today, I will share a shot I got of an adult Canada Goose. Perhaps another blog post will be about a hatchling. Definitely something to keep in mind. Have a great night! 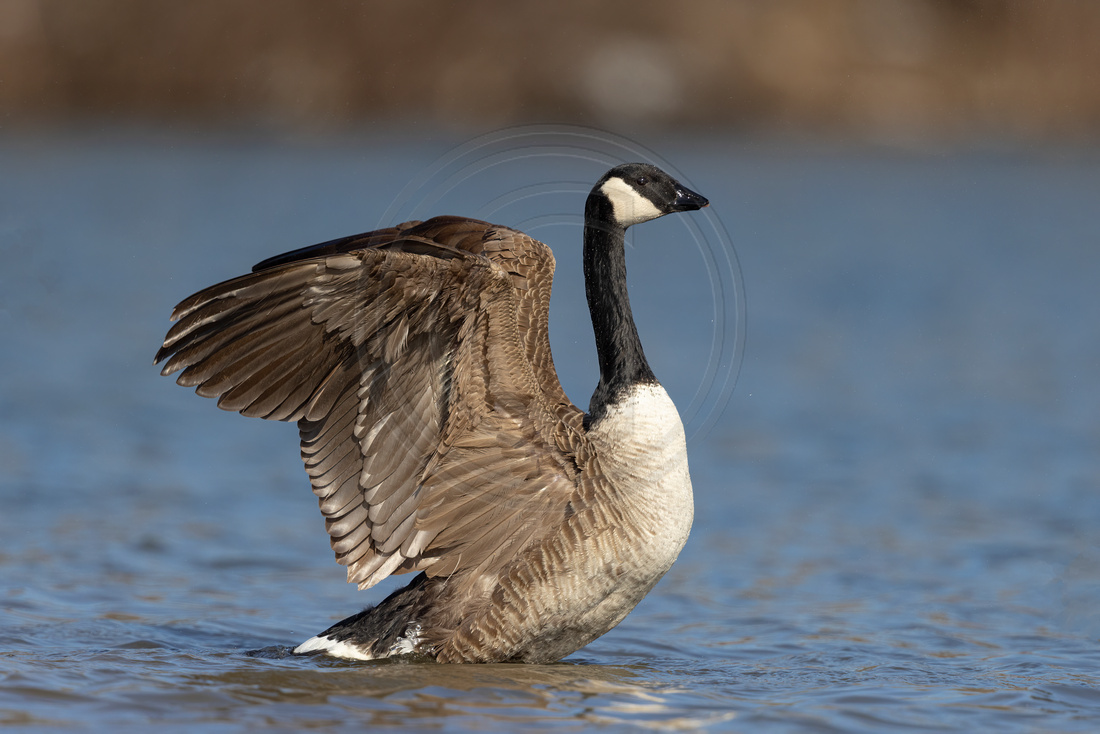 Canada GooseA Canada Goose bathing in the Wappingers Creek in Poughkeepsie, NY. This image was taken by Debbie Quick from Debs Creative Images.