My day started a little later than normal as my dogs and I slept in since I new the morning weather would not be so great. We rolled out of bed at 8:30, then my young friend, Jack, was dropped off at my house around 10 so we could go out and look for wildlife to photograph.

The first half of our day was spent driving around looking for owls and foxes and the second half of our day was spent at a location waiting for the appearance of bald eagles. During our travels looking for owls and foxes we found a Gray Phase Screech Owl and some Bald Eagles. We both got a bunch of photos of the screech owl, but only Jack got a shot of an immature bald eagle on the ground (in the snow) as I was too slow to get it.

Then on the second part of our trip we had the opportunity to see bald eagles, eastern bluebirds, robins and a skunk. We had lots of photographing opportunity at our stationary location.

For my blog today, I decided it would be nice to share the Eastern Screech Owl as they are not as easy to find. They have the best natural camouflage and blend in so well with their environment. They are the smallest of owls and they come in two different phases: gray morph which are gray in color and red morph which are red in color. They are short and stocky with no neck and big yellow eyes. Their feather patterns are designed for them to perfectly blend in with tree bark, making them difficult to find. Just like all other owls, they are nocturnal so they tend to sleep during the day and hunt at night. They tend to roost in tree cavities or in nesting boxes in the woods near water. They are very skittish raptors and it is best to view them from a blind or from the car (using it as a blind). Their diets consist of rodents, bugs, small birds, frogs, crayfish, and other small creatures. During incubation most of the work is done by the female while the male is the main provider of food for the female. After there are hatchlings, both the male and the female will provide food for the young. The youngsters will leave the nest roughly 4 weeks after hatching and both parents will continue to provide them with food for some time.

I hope you've enjoyed learning a little about Screech Owls. I don't get to see them too often, so when I do stumble upon one it is a real treat. I never stay long and I never leave my car when stopping to photograph them as I don't want to disturb them. 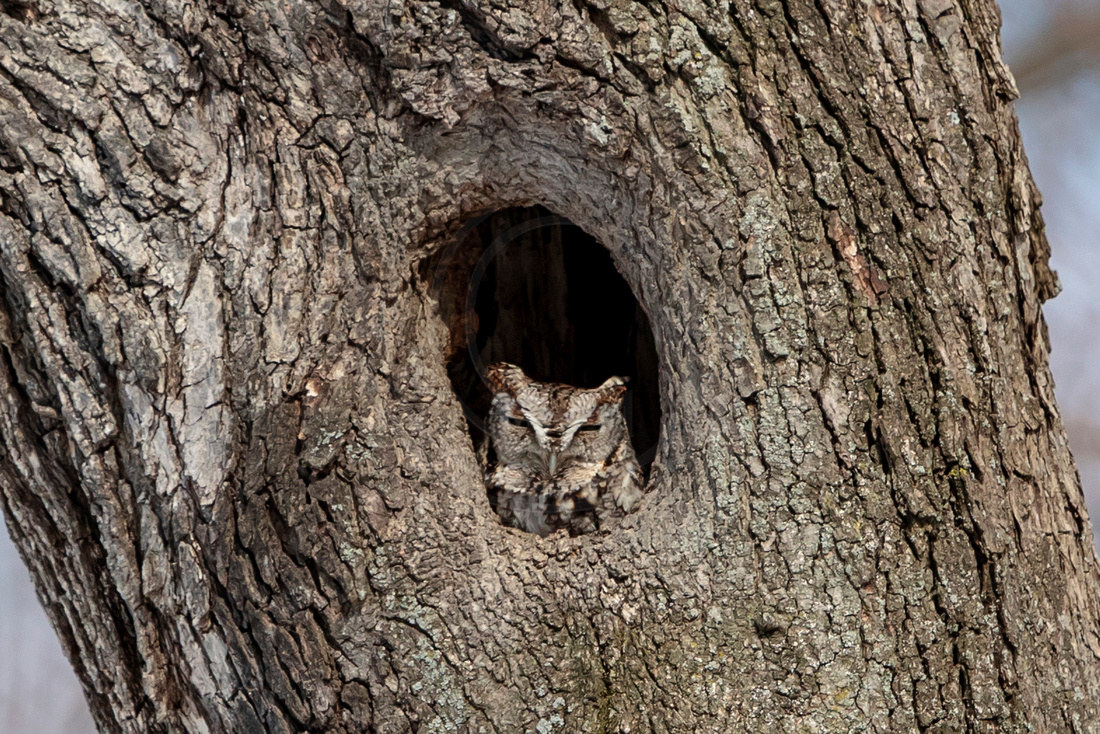