Along the Hudson River

I got up early today and headed down to Westchester County to hang out along the Hudson River. I ran into a couple of friends and made a few new ones. It was a bit chilly at roughly 29 degrees, but it was worth it as we watched the eagles on the ice. For the most part, they were rather distant, but I saw 20+ eagles so that was really nice. The best of the activity happened between 8:30 and 9:30 in the morning. I missed the first pass of eagles, but caught the second part of the show.

As we stood around waiting for the eagles to return and do something interesting, we suddenly heard a loud commotion amongst the gulls. Apparently one got a piece of bread and flew off with it, with at least 20 gulls chasing it in hopes of stealing the meal. Then there was a lag of quiet time when a great blue heron came around the corner and flew straight towards as and continued past us. The great blue heron gave a fantastic opportunity for fill the frame shots.

After sitting around there for a bit with nothing happening, I decided to move along to another location. On my way to my 2nd location I stopped to pick up a burger and some fries. Upon arrival, I was eating my fries and a gull flew over near me, looking at me with an expression that simply meant he/she would really like a fry. I tossed one out and the gull hopped over and gulped it down. It continued to sit and ask for another, so naturally I tossed another out. Sadly, I only had a small order and I was already at the bottom of the pouch, so the gull only got 5 fries out of me. At that moment, I was wishing I had more to share. After we were done sharing my fries I realized, I probably could have tried to hand feed it one. Perhaps next time I get such an opportunity, I will give it a try.

Other than my bonding experience with the gull, not much happened at the 2nd location. There were 4 eagles out on ice, extremely distant so I left and headed for my third location.

My third location is a nesting spot for bald eagles and as soon as I arrived I spotted the male heading for the nest with a twig. He sat in the nest for a while, rearranging things before flying off and going to get another stick. After his second attempt at nest rearranging, he left and was greeting by the female. They both did a fly by. She kept going and he got a branch to take to the nest. While he was sitting in the nest doing some more rearranging, she returned and perched in a great spot for photos. Eventually he left and so did she. At that point the sky had become complete overcast, so I figured it was my cue to leave as well.

It was a fantastic day out and I was so thrilled with the opportunity with the great blue heron that I thought that would make a nice photo for my blog.

As always, thanks for reading my blog and hearing about my photography opportunities! Enjoy the remainder of your weekend! 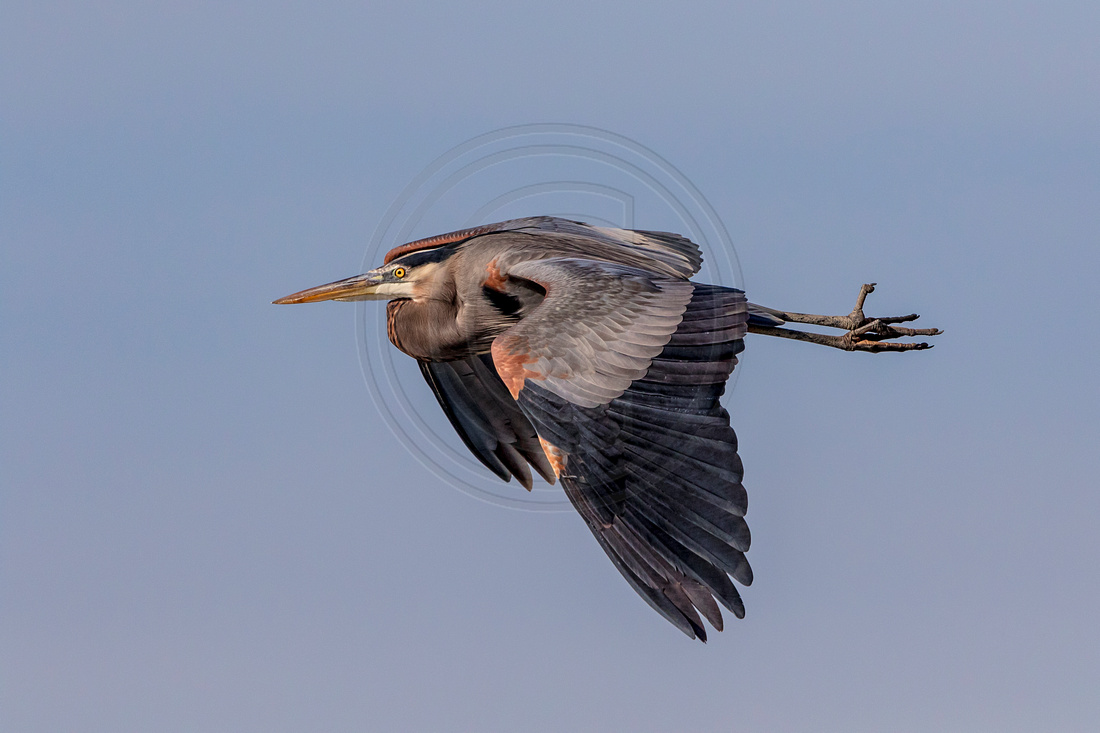